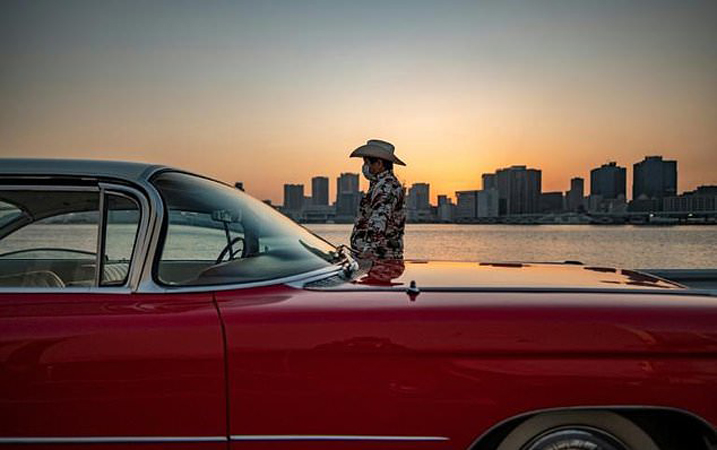 Fast and furious they aren’t, but for a group of Japanese retro car enthusiasts the sleek lines and high shine of their old-school models hold a much more special charm. A loose club of fans rolls up most weekends in central Tokyo to show off their Cadillacs, Chevrolets and other modern classic vehicles from the mid to late 20th century.

“Each time I drive it, I still get a thrill. There aren’t many vehicles that give you that feeling,” Masamune Isogani told AFP of his Knight Rider replica — a Pontiac Trans Am, the car made famous by the hit 80s TV drama.

Sliding into the driver’s seat — which he calls the cockpit — he is surrounded by futuristic displays, illuminated buttons and a wheel that looks like an oversized gaming controller.

These sci-fi touches were installed to give the ride the look and feel of the show’s AI-powered talking car called Knight Industries Two Thousand, or KITT.

“I speak to the car when I drive,” laughed the 46-year-old, who has owned the streamlined black vehicle — complete with sound effects and a “KITT scanner” light on the front — for around a decade.

These days Japan is known for its practical cars that economise on fuel and space, and rarely break down — a world away from the group’s painstakingly maintained wheels.

The casual society has around 10 members and the oldest cars they own are a 1941 Cadillac and a restored 1929 Ford Model-A.

People cheer and take snaps as the cars go by, from the 1956 Ford F100 Pumpkin to the 1961 Volkswagen Karmann Ghia.

“When you get older, you are more likely to appreciate a car that requires lots of care,” Wada said.