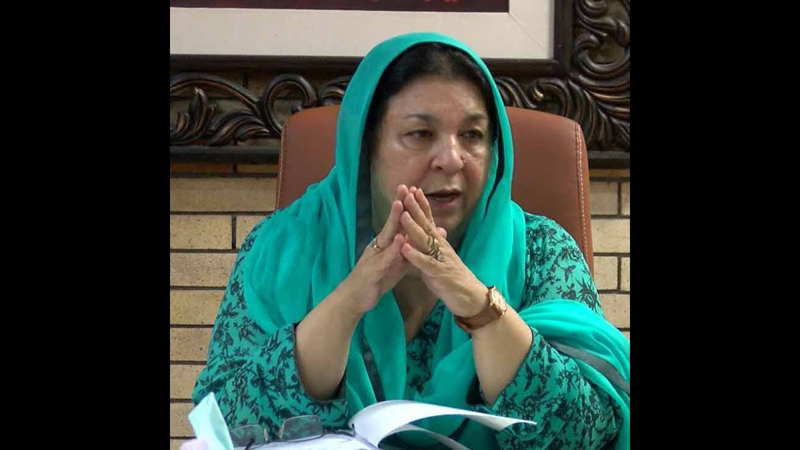 The MPAs in Punjab Assembly from both the treasury and opposition benches criticized Health Minister Dr Yasmin Rashid over her ‘irresponsible’ remarks about the Covid-19 vaccine.

The MPAs from both side of the aisle came down hard on health minister on Tuesday during the session of Punjab Assembly as they said that Dr Yasmin Rashid gave very irresponsible remarks regarding the Covid-19 vaccine. Speaking on a point of order, parliamentary leader of Pakistan People’s Party Syed Hassan Murtaza said that the health minister has increased further confusion regarding the COVID-19 vaccine while talking about the side-effects of the said vaccination. “Such statement should not come from the health minister,” said PPP leader. Senior PTI MPA Saeed Akbar Niwani also criticized health minister on her statement and said that the health minister is giving such statements that corona vaccine may carry side effect so one should get at own risk. He also said that if the government had doubts on the vaccine then why the vaccine is being imported. He further added that the incidents of dog bites have increased in the province and it is unfortunate that there is no vaccine for it. PML-N MPA Sami Ullah Khan also criticized the health minister regarding her statement on corona vaccine. Moreover, the unavailability of anti-rabies vaccine was also criticized in the House. PPP’s Hassan Murtaza said that 425 tragic incidents of dog bites happened in his district Chiniot in just one month and the hospitals don’t have anti-rabies vaccine.

Earlier, the session of Punjab Assembly started after a delay of more than two hours from its scheduled time with Panel of Chairman Mian Shafi in the chair. Answers related to the Agriculture department were given during the question-hour by minister Husnain Jahanian Gardezi. Former two-times Speaker Rana Iqbal showed his concern over the non implementation of the unanimous resolution of Punjab Assembly regarding buying of wheat at Rs 2000 per maund from the farmers. The minister said that the resolution has been forwarded to the law ministry and soon its reply will be submitted in the House.

In the meanwhile, the Punjab Assembly on Tuesday unanimously passed a resolution against the atrocities committed by Indian government against the protesting farmers in New Delhi. The resolution was moved by Sikh MPA from PML-N Sardar Ramesh Singh Arora. According to the resolution, the Bhartya Janta Party led by Prime Minister Narendra Modi wants to bury Indian farmers alive.

The House also passed a unanimous resolution presented by PTI MPA Momina Waheed regarding protection of the rights of the eunuchs. According to resolution, the quota policy regarding jobs for the eunuchs is not being implemented properly. The session was later prorogued for indefinite time period.