‘Bridgerton’ fans are calling out this modern mistake in opening scene 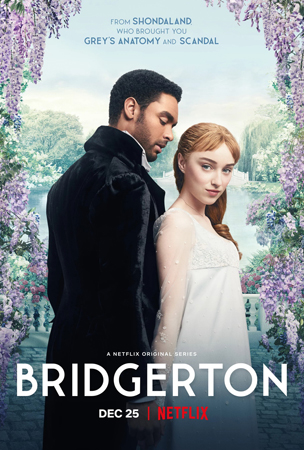 It’s a Bridgerton blooper. Eagle-eyed fans recently spotted an on-screen slip-up that seemed to give flashbacks to that Game of Thrones coffee cup.

In the first few minutes of episode one, viewers see horse-drawn carriages on a cobblestone road. While these fit right in a series set in the 1800s, the yellow lines marking the street do not. In fact, the Daily Mail reported the yellow line didn’t make its debut in the UK until the 1950s.

Some social media users were quick to point out the historical inaccuracy. “Oh dear, modern yellow no parking lines on the street in the TV drama ‘Bridgerton,'” one commenter tweeted. “I’ve worked on a few films/TV shows as historical consultant and art department, I remember our lot painting over modern white lines on a street or covering the whole street with earth ;)”

Added another, “Two episodes into #Bridgerton and I’ve so far spotted a single yellow line and a telecoms manhole cover. I didn’t realise the 19th Century Brits were such pioneers…”

Others, however, were willing to overlook the error. As one fan put it, “It’s Bridgerton. I can forgive yellow lines ;).”

Considering about 63 million households watched the Shonda Rhimes series in its first four weeks alone, many viewers were keeping their fingers crossed for a second season. So, when Netflix announced last week that the show has been renewed, fans were thrilled. While many of season two’s details have yet to be announced, it has been confirmed that the cast will return to production in the spring of 2021 and that Jonathan Bailey’s character, Anthony Bridgerton, will be the main focus of the season. Still haven’t seen the show? Bridgerton is streaming on Netflix now.