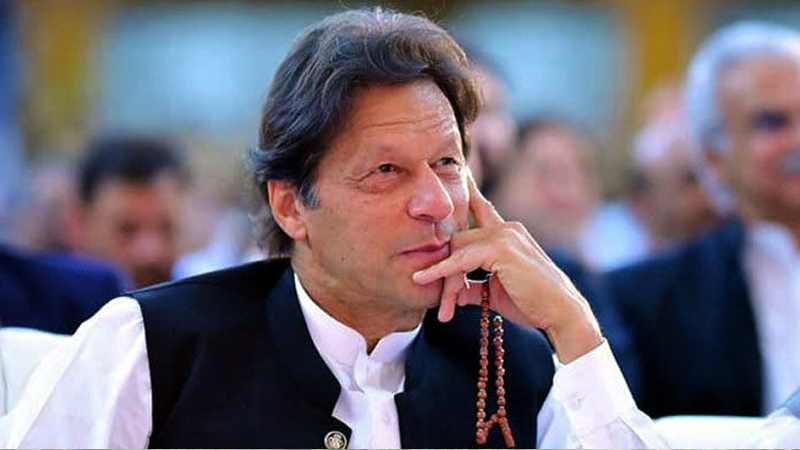 Prime Minister Imran Khan’s decision to establish markets along the western border areas is an important measure to fully open the border trade with Afghanistan and Iran.

Cheng Xizhong, visiting professor at Southwest University of Political Science and Law said on Saturday said last week, Prime Minister Imran Khan directed the Pakistani authorities concerned to fast-track establishment of markets in the country’s border areas with Afghanistan and Iran. They were also asked for early formulation of a comprehensive border economic development strategy in this regard. “The better the security situation is, the more open the border will be and the more active the economy will be. I believe that the decision of the Pakistani government to establish markets along the western border areas is an important measure to fully open the border trade with Afghanistan and Iran,” he said in a statement.

This reflects at least three points, first, Pakistan has made substantial progress in its efforts to improve relations with its western neighbors Afghanistan and Iran over the years. Second, the security situation in the western border areas has been significantly improved by strengthening the fight against terrorism and extremism together with regional countries. Third, Pakistan is committed to regional connectivity, development and prosperity.

He said, the decision to fast-track markets in the border areas was also a concrete reflection of the geo-economic strategy of the Imran Khan administration, which was conducive to curbing the commodity smuggling in the border areas, bolstering up the regional economy, creating more employment opportunities for the local people and bringing the prosperity to the people residing in the border areas of Khyber Pakhtunkhwa and Balochistan.

The people in the border areas of Afghanistan and Iran would also benefit. Over the years, Pakistan has taken a firm stand on the issue of anti-terrorism and has implemented a series of security operations in the western border areas to crack down on terrorist activities.

The overall security situation has been improved year by year. This has created favorable conditions for the full opening of border trade with Afghanistan and Iran.

Pakistan is a peace-loving country and has played a very important role in the process of peace and reconciliation in Afghanistan for many years.

Foreign Minister Shah Mahmood Qureshi said on Thursday that Pakistan has played role of mediator during the peace talks between the Afghan Taliban and the United States, which led to a landmark deal signed in Doha in February last year.

Pakistan’s important role in regional security has been fully affirmed by the Biden administration. On Tuesday, Joe Biden’s nominee for Secretary of Defense Lloyd Austin acknowledged that Pakistan holds the role of a critical ally in any peace process in Afghanistan. Pakistan has taken positive steps to bring peace to Afghanistan, Lloyd Austin added.

Meanwhile, the speakers at the online conference for the Promotion of Economic and Trade Cooperation of Xinjiang, China – Pakistan Session underlined that Pakistan and Xinjiang have achieved fruitful cooperation results, and it is believed that it’s time for both sides to make joint efforts to further strengthen the depth of development in the fields of mechanized agriculture, food processing, agricultural tourism, textile technology transfer and skills upgrading.

The conference was held by the Commerce Department of Xinjiang Uygur Autonomous Region of China the other day. Khashih ur Rehman, Additional Secretary/Executive Director, Board of Investment, Pakistan said on the occasion that textiles and agriculture are two high priority areas for the development of the China-Pakistan Economic Corridor (CPEC) in mutual cooperation.

“The Pakistani government has set up a separate joint working group under the framework of CPEC agreement to promote agricultural development, and cooperation among leading enterprises has made great progress. The textile and clothing industry is the largest manufacturing industry in Pakistan. Pakistan has a complete textile value chain in which Chinese enterprises are quite welcome to invest.”

Xie Guoxiang, Minister Counsellor of the Chinese Embassy in Pakistan underlined that Xinjiang Autonomous region is located at the forefront of China and Pakistan and has great geographical advantages in bilateral cooperation. He said that in recent years, Xinjiang has actively developed modern industrial systems such as deep processing of agricultural products, textile and clothing equipment manufacturing, energy and tourism, made significant progress in related industries, and created more cooperation opportunities with Pakistani partners. Because of Xinjiang’s special geographical location and diversified industrial layout, the prospect of cooperation between Xinjiang and Pakistan will be amazing and bright.