With a change of American political administrations on the horizon, it is a time of reflection about the role that the US government can play in global affairs. This is no more visible than in the field of information and communication technologies (ICT).  The rapid changes in the global tech industry in recent years have not all been favorable to the US. In particular, the rise of China has created a multi polarity with regards to new hardware and software; platforms that are no longer dependent solely on Western innovation. In fact, some were surprised after China surpassed the US in the number of patents for the first time in 2020, according to the World Intellectual Property Organization records.

By now we have seen how the desire to retain and re-establish the West’s control over the world of technology has pushed the US to enter into direct confrontations with China under the pretext of “national security”. The US has even pushed its allies against the adoption of profound technologies like 5G because some of the infrastructure is developed by Chinese companies.

Perhaps the most prominent examples in 2020 were in clashes with companies such as ZTE, the state owned telecommunications networks, Tencent, which owns WeChat, ByteDance, the owner of TokTok, and Huawei. In the case of Huawei specifically, its dominance of the global 5G technology market meant a lot to the US economically. The Huawei case is only a link in a chain of possible actions for the US with any parties that could oppose its interests; affecting freedom of trade, the nature of global digital relations, and the balance of the global supply chain.

The Chinese initiative includes eight main pillars, the most important of which is to ensure that technology is not used to harm countries’ infrastructure or steal data, and to make sure that service providers do not install any spyware in their products to obtain user data.

According to many analysts, this will lead to more restrictions on the global Internet, which eventually will become a “split network” and not an open, borderless global Internet as desired by global industry bodies like the Internet Society. The US Clean Network program announced by US Secretary of State Mike Pompeo, for example, has been aimed at preventing Chinese companies from carrying out online activities in the US and around the world. The Internet Society has expressed its disappointment with this program, noting that “having a government dictate how networks interconnect according to political considerations rather than technical considerations runs contrary to the very idea of the Internet.”

In the same context, tech industry association SEMI has noted how US export control regulations would “ultimately undermine” the US national security interests by harming the semiconductor industry in the US and creating substantial uncertainty and disruption in the semiconductor supply chain.

The US Clean Network program was actually matched by the announcement in 2020 made by Wang Yi, State Councilor and Chinese Foreign Minister, to establish new rules for network management and information security, and to provide an open and transparent business environment that contributes to promoting the digital economy and international cooperation in favour of the future of technology. The Chinese initiative includes eight main pillars, the most important of which is to ensure that technology is not used to harm countries’ infrastructure or steal data, and to make sure that service providers do not install any spyware in their products to obtain user data.

Even Western tech firms and governments have started getting frustrated with unilateral US sanctions on Chinese technology. The Financial Times recently reported that a number of European technology executives and diplomats accused the US of using the sanctions against Chinese technology companies to keep them away from the Chinese market, while the US administration is hypocritically granting exemptions to US companies to do business with some Chinese technology companies. As we progress in 2021, cyber security is certainly a concern in today’s digital age. Yet it cannot be restricted to a specific company or country. The real danger is that the pretext of “national security” is used to disguise ulterior motives. These motives should not undermine the legitimate right of people inPakistan and elsewhere to promote free trade and achieve sustainable social and economic development by leveraging modern technology. The question remains whether the US approach will change under the new president, Joe Biden. If so, it may just be a more positive result for the US, China, and the rest of the world. 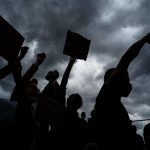 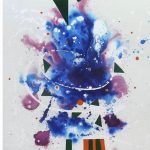 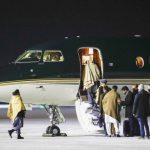 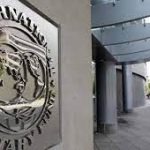