Bitcoin Price Crash! Is it the beginning of the end or another wild swing? 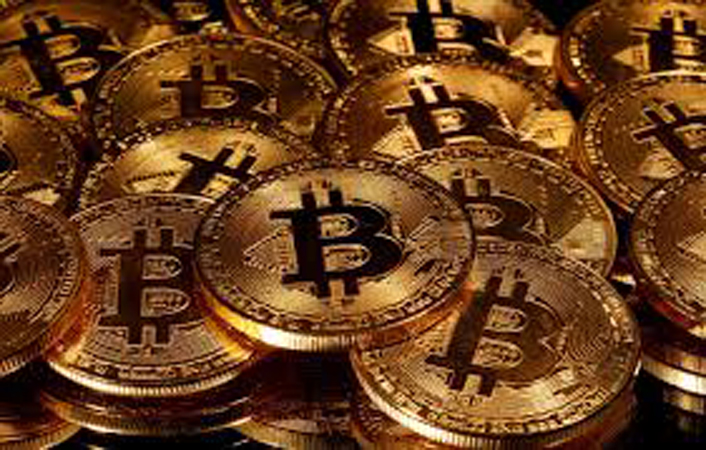 Bitcoin traders were caught off-guard, when the price of top cryptocurrency crashed over 21% over Sunday and Monday early this week, wiping off nearly $140 billion in total market capital, as traders took profits on the spectacular rally so far this month in light of a stronger dollar and growing political uncertainty in US- owing calls for Trump’s impeachment.

The sharp decline in the hottest and most bullish currency of 2020 and 20201, marked its biggest two-day decline since March last year, though the cryptocurrency is still up roughly 89% on a trailing one-month basis, as its price had surged by more than 700 percent since March crash, and crossed an all-time high of above $42,000 psychological level in the first week of 2021- less than a month after breaking $20,000 for the first time.

Monday’s crash reminisced memories of the collapse in Bitcoin’s price from late 2017 to early 2019 – when it dropped from almost $20,000 to below $4,000 – are weighing on regulators. Owing to this scare, the markets are scrambling to seek answers to few questions: Was Bitcoin’s parabolic rise unsustainable in the near term, and is the current crash the beginning of the end or another wild swing; owing to profit taking, after it breached the technical upside of $35,000. It is germane to evaluate what led the recent bull-run in the hottest crypto asset, and what are the risks that made it unstable.

Bitcoin’s staggering rise of more than 300% over the past year has captured the attention of the public and institutional investors alike. But the cryptocurrency is highly volatile; as eclipsed by the warnings issued by UK’s financial, regulator Financial Conduct Authority (FCA) on the day of price crash- that investors are at the risk of losing all the money. In its stark statement, the FCA said it was worried by some firms offering investments in or products linked to cryptocurrencies as they seek to capitalize on the rally. The statement highlighted that “Significant price volatility in cryptoassets, combined with the inherent difficulties of valuing cryptoassets reliably, places consumers at a high risk of losses,” It said, “There is no guarantee that cryptoassets can be converted back into cash. Converting a cryptoasset back to cash depends on demand and supply existing in the market.”

Understanding the sudden and first crash of 2021, two major factors appeared to be the major drivers of the rise and crash of Bitcoin. Mounting political uncertainty and Dollar fluctuation played the investors participation that moved the crypto asset to alternate ends. Knocking investor risk appetite for assets such as stocks and commodities, following upheaval in the US capitol- Washington, House Democrats have said they’re prepared to impeach US president Trump again after he encouraged a right-wing mob that stormed the Capitol building last week. House Speaker Nancy Pelosi wrote to colleagues on Sunday said, “The horror of the ongoing assault on our democracy perpetrated by this President is intensified and so is the immediate need for action,”

Moreover, crypto currency quintessentially has an inverse relation to the US dollar, as the stronger dollar and higher bond yields also sparked a plunge in Bitcoin and in gold prices-the bullion. The correlation between Bitcoin and the dollar index was at -0.95 on the day of the price crash. Correlation is measured between 1.0 and -1.0, with the former signifying that the two assets are prone to moving in perfect tandem.

Seemingly traditional and more technical, crypto currency being inherently more volatile has also fixed variables that makes it volatile, and prone to massive movement in price. The price of bitcoin often remains shaky due to excess leverage, since it has fallen victim to a large unwinding of leverage trades in derivatives listed across major exchanges. The unwinding of leverage trades are often expected following every record rally- as the cost of holding long positions in the perpetual futures market, also known as the funding rate, rise sharply to a multi-month high of a sign of overleveraging, or overheating, in the market. Therefore, with the unwinding the price of the crypto asset drops, and so does the funding rate.

The price crash due to sell-off is also permanent factor contributing to price volatility of bitcoin, as any new moves by the authorities to regulate the currency- previously advocated by the US authorities and this time the alarms rung by British authorities, weakens the bullish move, allowing a price pullback. Moreover, technical pullback also adds to the pressure on the crypto asset, owing to strong momentum which results in the asset becoming overbought on relative strength index (RSI). Assets seldom see a 90-degree rally, as speculators tend to book profits at regular intervals, pushing prices down to their short-term moving averages. The cryptocurrency has seen several pullbacks of 20% or more during the previous bull markets.

Inherently volatile, and consistent with its technicals and new changing fundamentals, bitcoin continues to be bullish. Macro factors such as increased institutional participation, record money printing by central banks, and the search for yield remain intact despite the price drop, which can only indicate correction or temporary dip rather than a bubble explosion .