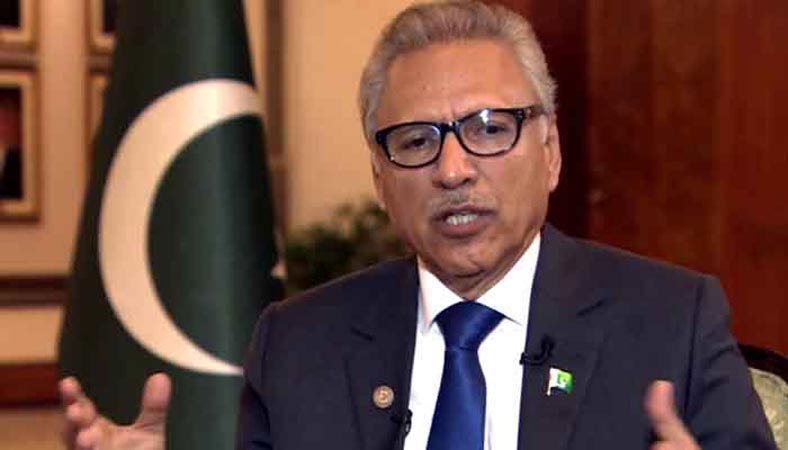 President Dr Arif Alvi has said that industries producing raw materials for the export industries also need to be enlisted, so that they could also be provided sufficient supply of energy on priority basis.

Talking to members of the Sindh business chambers in Karachi on Saturday, the President said that the national economy made a turnaround despite Covid-19.

He said that the government also maintained a balance between lives and livelihood by allowing business activity. Dr Alvi said that currently investors are coming to Pakistan as the stock exchange is also responding well.

He said that steps are underway to bring differently-abled people into the mainstream society by providing them necessary technical skills and capacity building. He said, “We need to adopt a rights-based approach instead of a charity-based approach for persons with disabilities.” The President also highlighted the need for coordination with training centres to provide necessary skills to persons with disabilities and enabling them for employment opportunities in different sectors of industry.

The President was informed that Karachi Association of Trade and Industry was collaborating with the HUNAR Foundation for designing special technical courses for the differently-abled persons to make them suitable for job.

Separately in an interview with a private television channel, President Alvi said that in view of controversy over the results of population census, the next census should be held early by incorporating the suggestions of all stakeholders to evolve a consensus. He said as per law, the consensus on census results is essential for holding the elections.

The President said the PTI government had inherited several issues like artificial rupee values, current account deficit and low revenue generation. About the NAB law, he said it covers the corruption made during the last 40 years in which the number of cases on opposition parties would be far more than the PTI, which has just two years of rule.