Biden, Trump to campaign in Georgia on eve of Senate runoffs 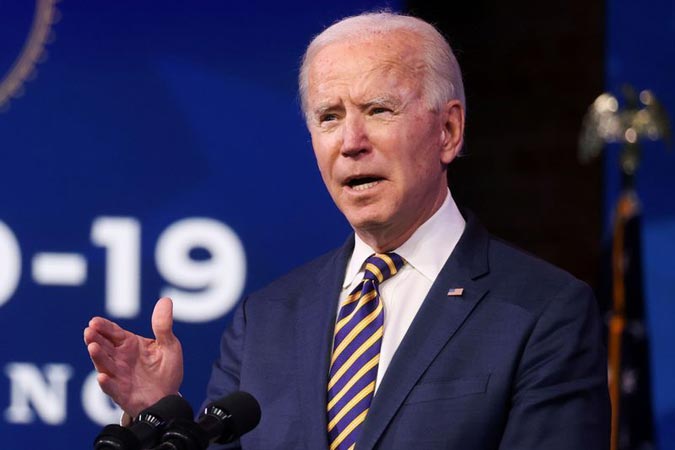 President-elect Joe Biden and President Donald Trump will campaign next week in Georgia, holding dueling events on the eve of runoff elections that will determine who controls the US Senate and the fate of Biden’s legislative agenda.

The visits come as Trump escalates his fight with fellow Republican leaders in the state for not supporting his bid to overturn the election results. On Wednesday, he called for the state’s Republican governor, Brian Kemp, to resign.

Biden, who takes office on Jan. 20, will travel to Atlanta on Monday to campaign on behalf of Democratic Senate candidates Jon Ossoff and Raphael Warnock, his transition team said on Wednesday. Vice President-elect Kamala Harris will go to Savannah, Georgia, a day earlier.

On the same day Biden appears in Atlanta, Trump will travel to Dalton, Georgia, to hold a “victory rally” to support Republican incumbent Senators Kelly Loeffler and David Perdue.

The candidates square off in an election on Tuesday.

If the Democrats win both seats, the Senate would be split 50-50 with the Republican Party, giving the tie-breaking vote to Harris and control of both congressional chambers to the Democratic Party.

More than 2.5 million votes have already been cast in the runoff races, according to the Georgia secretary of state’s office.

If the Republicans win one or both of the Georgia seats, they will retain a slim majority in the Senate, giving them an opportunity to block Biden’s legislative goals and judicial nominees.

McConnell has declined to bring up a bill approved by the Democratic-controlled House of Representatives to increase Covid-19 relief checks to $2,000 from $600.

In doing so, he has been at odds with Trump, who has said a refusal to increase the aid would be a “death wish” for the Republican Party.

Both Loeffler and Perdue have called for increasing the stimulus payments, while Democrats see their support for the measure helping them in Georgia.