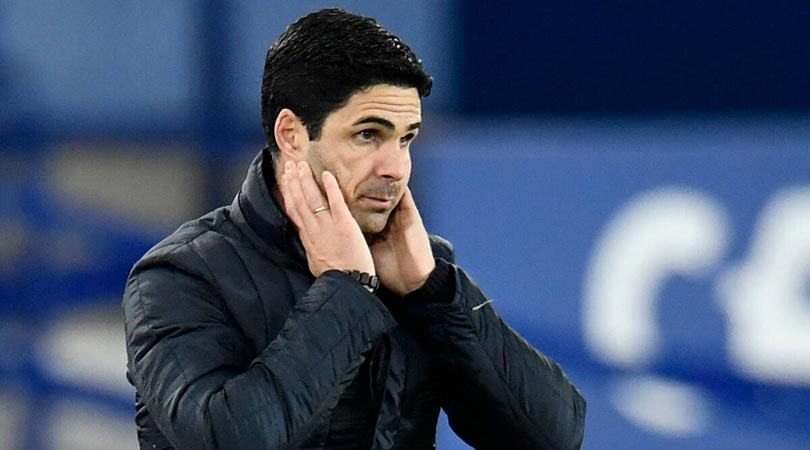 Arsenal’s League Cup exit at the hands of Manchester City on Tuesday has left the Premier League club in dire straits ahead of a season-defining festive schedule, manager Mikel Arteta said.

Arsenal have lost five of their last seven Premier League games and lie in 15th place with 14 points, their worst start to a season since 1974-75.

Their problems mounted after a 4-1 League Cup defeat by holders City sent them crashing out of the competition, raising the pressure on Spaniard Arteta, who took charge of the club last December.

Arsenal face Chelsea in the Premier League on Saturday before games against Brighton &amp; Hove Albion and West Bromwich Albion in quick succession. They also play Newcastle United in the FA Cup on Jan. 9.

“We have to turn it around, there is no question,” Arteta told Sky Sports. “If we don’t, we are in big trouble, so this is the moment that is going to decide our season.

“We do have the tools to turn things around because I see how much the players try and what they are trying to do, but at the moment a lot of strange things are happening in every game and that makes things really difficult.”

Arteta will hope to reinforce his beleaguered squad in the January transfer window. “We are looking at options that we have, players coming in and out,” he said. “It’s a really complicated window with the pandemic and the way that football is at the moment.”