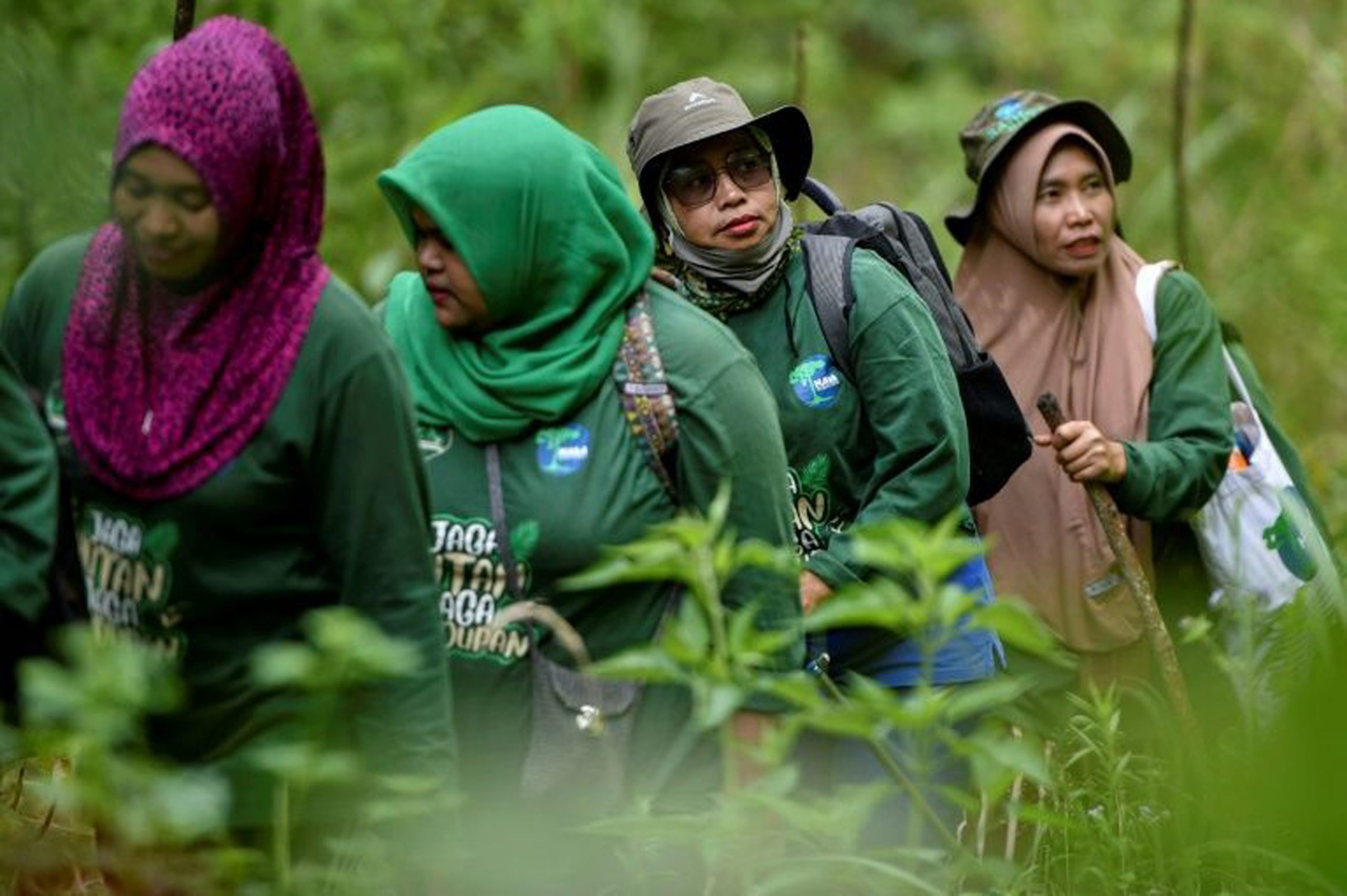 Sumini gets up at dawn to do her household chores — then leads a team of women into the jungles of Indonesia’s Sumatra island, on a mission to battle rampant deforestation and wildlife poaching.

The 45-year-old mother of five heads a unique team of female rangers taking on illegal loggers and hunters threatening Sumatran tigers, pangolins and other at-risk wildlife.

The culprits are mostly men, including neighbours or even the husbands of team members, who live together in Damaran Baru village in the north of Sumatra.

Along the way, the 30-member team grapples with sexist stereotypes in ultra-conservative Aceh province, and authorities who are indifferent to the environmental destruction wrought by illegal logging and land clearance for the region’s many coffee plantations.

Deforestation and habitat loss have long been a problem across the vast Southeast Asian archipelago, which is among the most biodiverse nations on Earth. “The forest has always been associated with men,” said Sumini, who like many Indonesians goes by one name. “But we want to change that and say it’s also about women. Women who are angry about environmental destruction and who are taking action to fix the problem.”

The group, which now includes one of Sumini’s sons and his wife, got its start in 2015 after a flash flood destroyed a dozen houses in the community of about 1,000 residents.

Sumini’s husband relented after repeated demands that he show her why so much wood and debris was mixed in with the floodwaters barrelling down from a nearby volcano.

“When we got there, I saw the mountain had been deforested,” she said.

“I said to my husband ‘Well, so this is the reason. The forest has been destroyed by men.’ I was so angry that, from that moment on, I told myself I’d take on the role of protecting the forest.” The fledgling squad got no help from authorities when they complained about hillsides scarred by tree loss. “They thought we made it up. That is why we established the team,” Sumini said. Twice a month, the hijab-clad women strap on floppy hats and rubber boots before setting off for about five days at a time, navigating the steep, mountainous terrain. They search for signs of poaching and logging, remove animal traps, document endemic wildlife and plant species and post signs warning against illegal activity, which they report to government authorities.

The group also tracks evidence of deforestation and replants trees by the thousands, with the help of more volunteers. But initially, they didn’t get a warm welcome in Aceh. It is the only region in Muslim-majority Indonesia to impose sharia law, violations of which can be punished by public flogging. “People had this image that women might engage in immoral acts in the forest because we usually have a man with us as a guide,” Sumini said. “And some asked: ‘Why do we have women protecting the forest? It’s none of their business’.”

‘Mistakes of the past’

But now some former poachers and loggers have become volunteers themselves. Among them was Bustami, 54, who spent years hunting pangolins, scaly mammals poached for their meat and scales which are prized in traditional Chinese medicine. “I can’t even count the number of pangolins I killed,” he said. “I made a lot of money but it didn’t last long.

“Now, I’m protecting the environment as payback for the mistakes of the past.” Joining the team as a guide — and encouraging other hunters and loggers to quit the trade — drew ridicule from some men in the village.