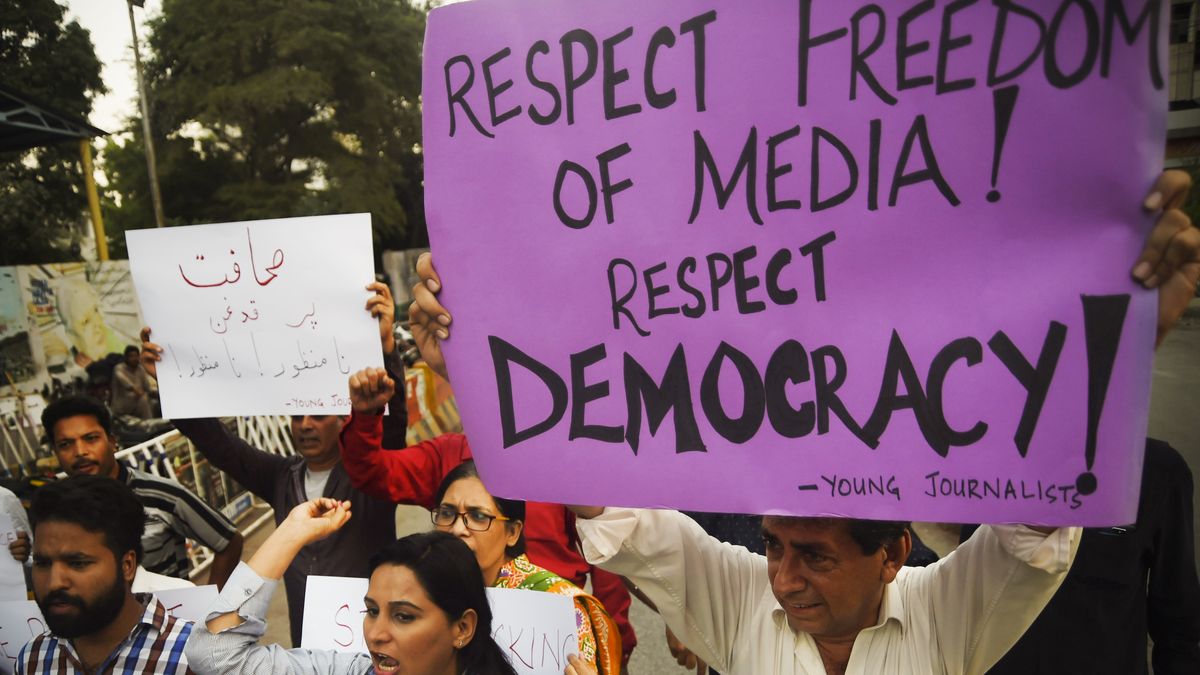 LONDON: A record number of journalists were imprisoned during 2020, as governments cracked down on coverage of the coronavirus pandemic or tried to suppress reporting of civil unrest, the Committee to Protect Journalists (CPJ) said on Tuesday.

At least 274 journalists were in jail as of December 1, the most since the New York-based group began collecting data in the early 1990s, the report said, up from at least 250 last year.

Protests and political tensions were the cause of many arrests, with the most made in China, Turkey, Egypt, and Saudi Arabia, it said.

Amid the Covid-19 pandemic, authoritarian leaders tried to control reporting by arresting journalists. At least two journalists died after contracting the disease in custody, the report said.

“It’s shocking and appalling that we are seeing a record number of journalists imprisoned in the midst of a global pandemic,” CPJ Executive Director Joel Simon said in a statement.

The report blamed a lack of global leadership on democratic values, and in particular attacks on the media by US President Donald Trump, which it said gave cover to authoritarians to crack down on journalists in their own countries.

While no journalists were in prison in the United States as of December 1, 110 were arrested or charged in 2020, many while covering demonstrations against police violence, the CPJ said.

Countries where the number of jailed journalists rose significantly include Belarus, where the re-election of its long-time president sparked mass protests, and Ethiopia, where political unrest has led to armed conflict.

The report found that two-thirds of journalists in jail were charged with anti-state crimes such as terrorism or membership of banned groups, while no charges were disclosed in nearly 20 percent of cases.