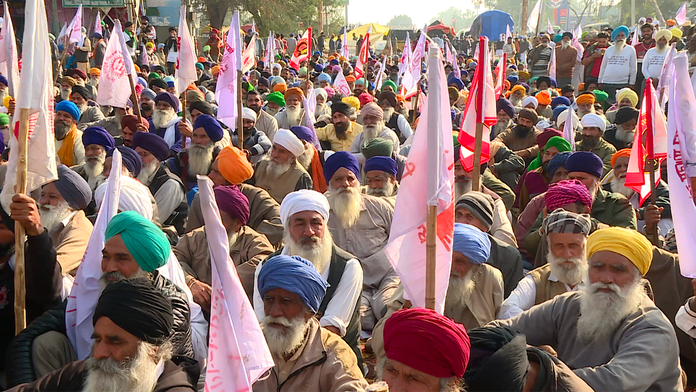 India is facing a loss of around Rs 35,000 crore per day as economic activities come to a halt with the ongoing protests of farmers against arbitrary reform laws.

The protests are giving a big blow to the inter-connected economies of the region including Punjab, Haryana and Himachal Pradesh, the Associated Chambers of Commerce and Industry of India (ASSOCHAM) has said.

The already broken supply-chain and transport disruption, which was recovering post the pandemic-induced lockdown, has come under severe stress.

“Industries such as textiles, auto components, bicycles, sports goods which cater significantly to the export markets will not be able to fulfil their orders, ahead of Christmas, harming our goodwill amongst the global buyers,” ASSOCHAM President, Niranjan Hiranandani said, according to News 18.

The standoff between the Indian government and tens of thousands of farmers — who are peacefully protesting against three farming reform bills — continues to grow near Delhi.

The ‘DelhiChalo’ peaceful protests have sparked others to take place across India and other countries, with a majority of Punjabi and Sikh farmers leading the charge on the ground locally and abroad to raise awareness about the issue, Global News said.

The protestors have been met with water cannons on some of the coldest winter days Delhi has experienced, along with tear gas, concrete barricades, and some were even beaten with batons.

Despite the agitation from the government, farmers remain strong in their resolve to see the bills repealed in order to protect their future.

The protesting Indian farmers say the reforms threaten their livelihoods, stepping up pressure on Prime Minister Narendra Modi’s government to withdraw the legislation.

The reforms, contained in three laws enacted in September, loosen rules around the sale, pricing and storage of farm produce, Reuters said.

THE PROTESTING INDIAN FARMERS SAY THE REFORMS THREATEN THEIR LIVELIHOODS.

Six rounds of talks between government officials and farmers’ union leaders have failed to resolve one of the most pressing issues facing Modi’s government.

The government has said while the reforms can be amended it is determined to liberalise the sector. Farmers last week rejected a government’s proposal to amend the legislation.

Farmers from Punjab and the neighbouring state of Haryana, which border New Delhi, have been at the vanguard of the agitation, and set up protest camps in and around the capital.