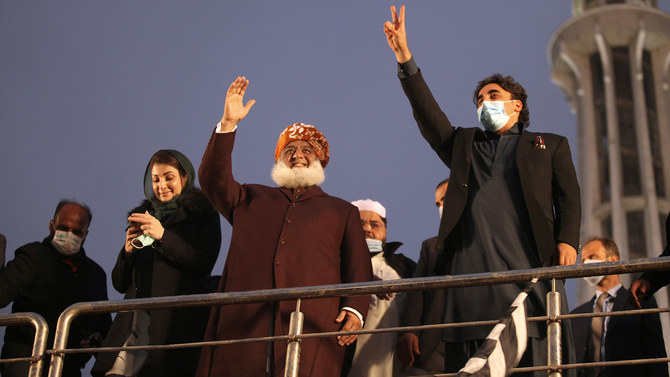 LAHORE: Lahore police on Monday registered two cases against several participants of the Pakistan Democratic Movement (PDM) meeting in Lahore a day earlier for forcing their way into Greater Iqbal Park to make arrangements for the gathering.

The first information reports (FIRs) were registered at Lari Adda police station on the complaint of two security staffers deployed at the venue.

According to the complaint, scores of PDM activists and leaders broke into the venue on Saturday and placed chairs and installed lights on its ground. Some Pakistan Muslim League-Nawaz (PML-N) leaders also visited the venue and oversaw the preparations.

PML-N vice president Maryam Nawaz had also visited the site late on Saturday night to take a look at the arrangements.