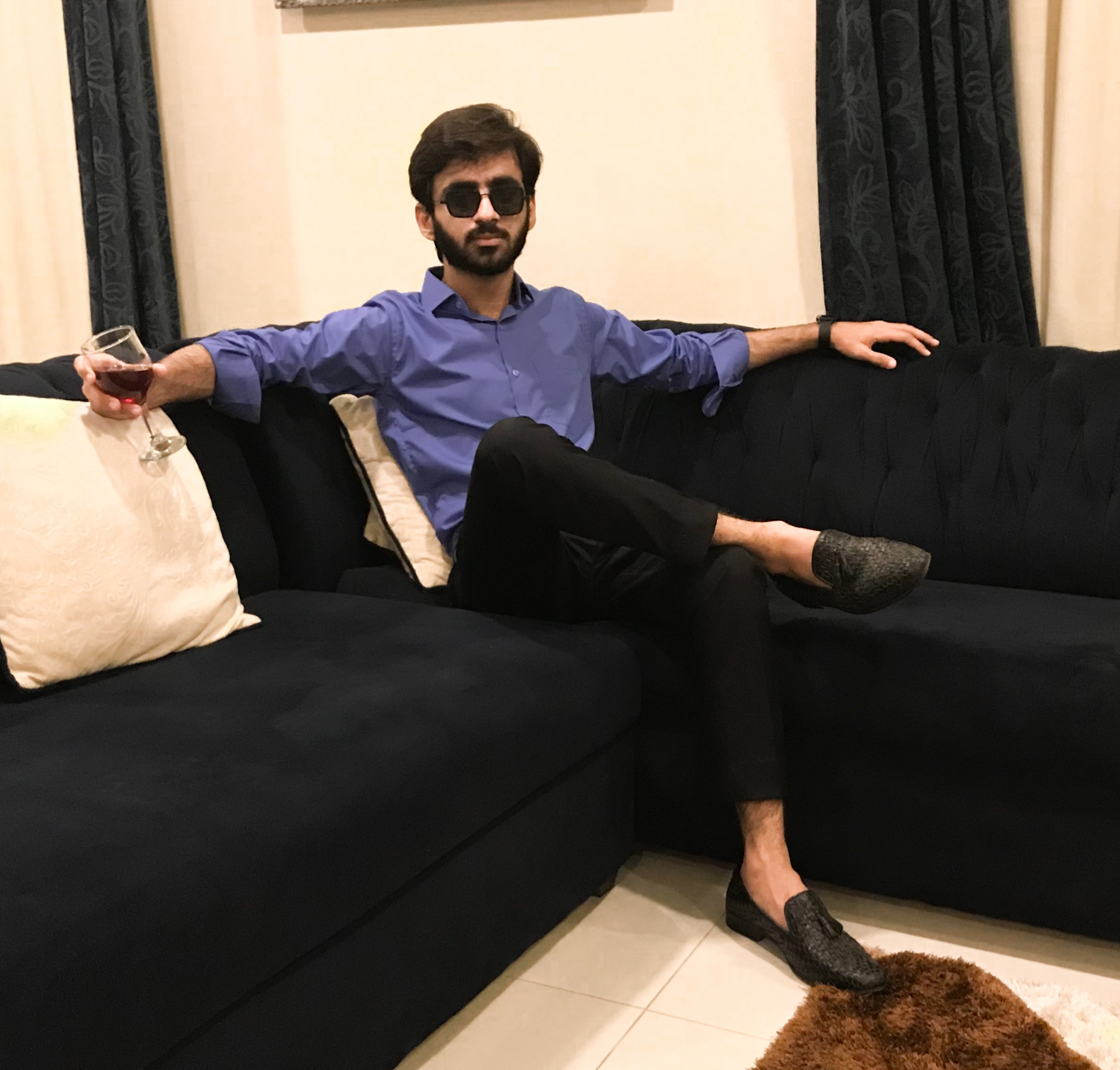 Abdullah Mehmood is the founder of Rex Media Group. This is an advertising agency offering quality marketing services both for the local and the international market. He has the vision to convince American based ad agencies to invest in Pakistan as the nation is full of potential. The youth are greatly talented and their services available at cheap labor.

So far, Abdullah has been successful in convincing several agencies to offer remote job opportunities to Pakistani residents. He has successfully done so at only 18 years of age and continues to aggressively open doors for more Pakistani residents. When Covid-19 struck, most individuals lost jobs and the economy went from bad to worse. It is in this regard that Abdulla pushed even more for opportunities. The Instagram model has three songs to his name and continues to work for more. His goal is to grow Pakistan’s economy and represent the country in the biggest stage in the world.

The future is in the hands of visionaries, or so they say. Abdullah is one of them. He has a great vision he is working towards achieving and has so far meet some of the goals he previously set at just 17 years.

To prove he’s working towards meeting his goals, he has a few engagements ongoing at the moment. He is in contact with the chief executive officer of BOOS to find jobs for Pakistani residents. BOOS is a leading dating app.

The visionary young man is also in talks with the chief of Civilized Savage. Talks are at an advanced stage and soon an announcement will be made with agreements of the deal revealed. This will be a win for both the residents of Pakistan and Abdullah.

The present has a significant impact on the future. You can tell how far you may go based on the current affair of matters. Take, for instance, Abdullah’s mission. So far, he has helped more than 15 individuals secure meaningful and gainful employment. This achievement is a significant one considering he is only 18. As he grows into adulthood and gains more experience, you can only imagine the impact this young man will have in the lives of the people.

There are crops not available in Pakistan at the moment. Abdullah in collaboration with universities and students doing their thesis are working on how possible it is to start planting these crops in the country. This will help reduce the countries cost of importing the products. There is a plan to do the test on 30 Acres of land near Multan.

Abdullah and the Rex media are identical entities. The former is the founder of the latter and both benefit mutually. Rex Media is an established public relations organization utilized by organizations to build their brands. The organization also manages celebrities and this explains why Abdullah himself is a force to reckon with at only 17 years.

How did he get to this point this fast? At 13 years of age, Abdullah was in control of popular pages. His ability to grow a fan base to millions raised his demand and sooner, companies started looking for his services. He is also a YouTube sensation and has had several milestones to his name.

For instance, the young man hit 100,000 subscribers on YouTube at only 15 years of age. It didn’t end there. He has since had around three silver awards courtesy of YouTube. He leveraged his ability to create an impact on social media and saw an opportunity which he ran with.

Today, organizations are looking for ways to establish an online presence. After Covid-19 struck the world, most activities shifted online. Those organizations that were not future-ready got struck hard. Rex Media saw the opportunity and built a company to bridge this gap. Led by their able Abdullah, the company builds social media presence for companies and helps them have a proper establishment as a competitive edge.

It wasn’t an easy undertaking establishing this organization. Mehmood had a myriad of challenges he had to go past to get the company to where it is at the moment. The good thing is he was consistent and never gave up. Through his experiences, he has learnt the importance of mentoring others. He knows how much potential these people have and would wish they also realize their dream as he did.

Abdullah is much aware of how hard it is for him to make through this mentorship journey alone. He accepts the fact that you have to work with others to get to your full potential. For that reason, he has made it a habit to reach out to influential individuals with the capacity to build and grow companies. He knows these are the people with the ability to create opportunities for young upcoming young ones.

Abdullah is young, rich, and famous. Besides, he is in school and working at the same time. All these come with responsibilities. Balancing the pressure is a big challenge but Abdullah has proven equal to the task over the years.

YouTubing pays him well but at a cost. Creating the content he feeds his followers regularly is not an easy task. He has to think, do research, consult, and spare time to produce videos or audio. Well, this can be tiring sometimes. On top of that, he has to study for his exams and be there for the Rex Media Company.

Exams need seriousness from the student and Abdullah has to provide that. Companies come with challenges now and again and that is why the owner must be there. Owners have the vision of the company. That is why their presence matters; if they go missing then the company risks losing direction. Credit goes to Abdullah for successfully balancing all that’s on his table. The result has been a successful company and career at the same time.

One has to beat the odds to make it in life. Abdullah’s story is motivating to say the least. At only 18 years, he has achieved things others never achieved even at their old age. Instead of wasting the same on an irresponsible life, he is focusing his energy on mentoring and motivating other upcoming and talented young ones. The young man has a great vision and there’s no doubt he will achieve all of them. As we wait, let’s watch how far the YouTube sensation will go.