Asian shares mixed on report of more US sanctions on China 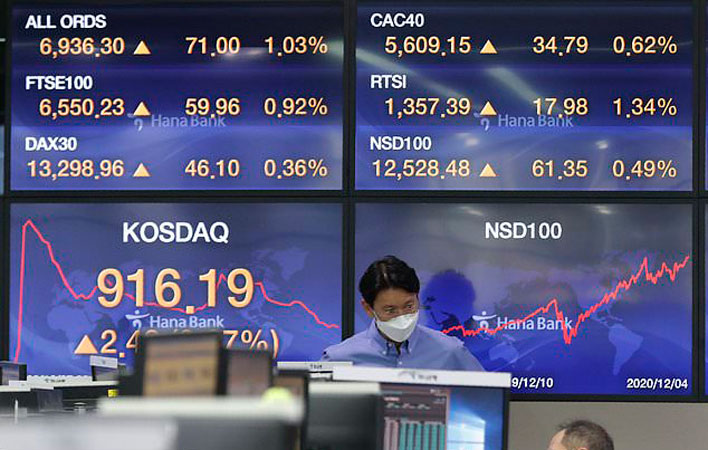 Shares were mixed in Asia on Monday following a report that the US is preparing to slap sanctions on a dozen more Chinese officials, ratcheting up tensions with Beijing.

Benchmarks dropped in Tokyo, Hong Kong and Shanghai but rose in Sydney and Seoul.

China reported Monday that its politically sensitive trade surplus soared to a record $75.4 billion in November as exports surged 21.1% over a year earlier, propelled by strong demand from American consumers. Exports to the United States rose 46% despite lingering tariff hikes in a trade war with Washington.

A report by Reuters citing unnamed sources said the US departments of State and Treasury were preparing economic sanctions on a dozen more Chinese official in response to Beijing’s crackdown on dissent in Hong Kong. The report could not immediately be confirmed.

The latest sanctions followed a tightening of visa restrictions on Chinese Communist Party members and their families announced late last week as tattered relations between Washington and Beijing fray further.

The decision to limit such people to one-month, single entry visas drew an accusation from China’s foreign ministry that the US was escalating “political suppression” against Beijing. Wall Street closed out a solid week for stocks Friday with more record highs as traders took a discouraging jobs report as a sign that Congress will finally move to deliver more aid for the pandemic-stricken economy. The S&P 500 rose 0.9% to 3,699.12, notching its third all-time high this week. The Dow Jones Industrial Average jumped 0.8%, to 30,218.26, also a record. The Nasdaq picked up 0.7%, to a record 12,464.23.

“A US stimulus agreement will not be an instant panacea to US woes; only beating COVID-19 into retreat will do that, but it´s the thought that counts,” Jeffrey Halley of Oanda said in a commentary.

Hopes remain deeply rooted on Wall Street that one or more coronavirus vaccines will help rescue the global economy next year. China, Indonesia, Britain and the US all are gearing up to begin mass vaccinations soon. But efforts to contain a surge in new virus cases have stoked worries about more economic pain for companies and consumers. Democrats and Republicans have been making on-and-off progress on talks for another round of support for the US economy, including aid for laid-off workers and industries hit hard by the pandemic.