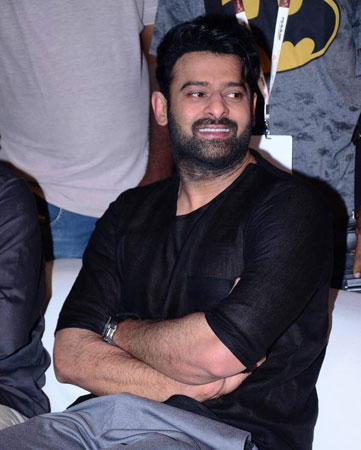 Thanks to the mammoth success of Baahubali franchise, Prabhas turned into a pan-Indian superstar with massive popularity which transcends boundaries.

In an eventful protagonist career spanning for close to two decades, this most admired actor of the country experienced a handful of superhits, few flops and a couple of blockbuster films which changed the course of Telugu cinema and catapulted him to impeccable stardom. Even an average movie like Saaho collected hundreds of crores at the global box-office and that itself explains his crowd-pulling ability among the masses. Rumoured to be the highest paid actor with a remuneration of close to Rs 100 crore, Prabhas is known for living life king-size and according to reports, he owns these expensive things mentioned below. The 41-year-old is currently hands-full with Radhe Shyam, Adipurush, Salaar and Nag Ashwin’s sci-fi drama.

Rolls Royce Phantom (Rs 8 – 10 crore) — Prabhas is one among the petrol-heads in the Telugu film fraternity who owns a wide range of swanky vehicles which includes a wide range of luxury cars. In 2015, he reportedly purchased a Rolls Royce Phantom for close to Rs 9 crore and joined the elite list of celebs like Amitabh Bachchan, Shah Rukh Khan and others who owned it. A Times Now report suggests that this car is one of Prabhas most prized possessions.

Jaguar XJR (Rs 2 crore) — The 41-year-old actor who recently announced ‘Salaar’ with KGF director Prashanth Neel also owns a luxurious Jaguar XJL which costs over Rs 2 crore in the domestic market. The ritzy car is capable of reaching 97 km/h (60 mph) from a standstill in 5.6 seconds with an electronically limited top speed of 249 km/h

Hublot Watch (Rs 13 lakh) — During the pre-release event of Saaho in 2019, Prabhas stole the show with his simple attire and incredible speech addressing the massive fan gathering. However, the luxury watch sported by the ‘Mirchi’ actor in the glittering event caught the people’s attention and if you go into detail, it is a limited edition watch from Hublot Big Bang Sang Bleu. Made with the highest grade of ceramic, it costs around Rs 13 lakh.

BMW X3 (Rs 60 – 70 lakh) — Adding to the fleet of Prabhas’ swanky cars is BMW X3 which ranks at the top of the luxury compact SUV class. It is priced around Rs 60 – 70 lakh in the domestic market. In September, the Baahubali star gifted a swanky SUV to his gym trainer Laxman Reddy and proved that he is one of the sweetest off-screen personalities in Tollywood.

Possesses gym equipment worth more than a crore – The makers of Baahubali have gifted Prabhas gym equipment worth Rs 1.5 crore to get beefed up for his role of Amarendra Baahubali. While his workout routines are monitored by professional bodybuilder Laxman Reddy, the regular diet plan consisted of fish, egg whites, vegetables and almonds. The total calorie intake of Prabhas while shooting for Baahubali was between 2000 to 4000 calories a day.