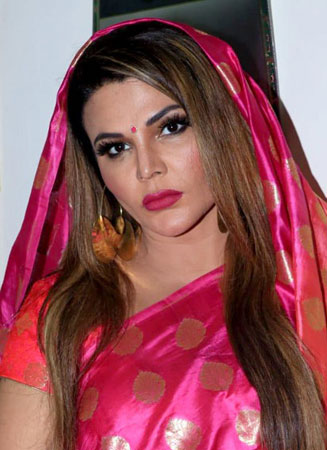 ‘Bigg Boss 14’ has been full of twists and turns with no day ending on a dull note.

In a new twist, the reality show is all set to welcome five ex-contestants as Challengers.

Rakhi Sawant and Kashmera Shah participated in the first season of the show. Rahul Mahajan, who became a household name after Bigg Boss, appeared in its second season.

Manu Punjabi was seen in Bigg Boss 10. Challengers Vikas Gupta and Arshi Khan were participants in the eleventh season of the controversial reality show. Moreover, singers and siblings Neha and Tony Kakkar will also visit the housemates tonight. In the trailer released, Neha, who recently got married, is seen looking for a suitable girl for her brother and after competition between Jasmin Bhasin, Pavitra Punia and Nikki Tamboli, she chooses Jasmin for Tony.

In the latest Weekend Ka Vaar episode, host Salman Khan informed housemates that the show finale will be held next week and only four contestants will make it to the final. With the onset of previous contestants and the knife of getting evicted hanging on the necks, it will be interesting to see how the Bigg Boss 14 contestants take on these new Challengers to reach the finale.