Another week another Ahmadi dead

Another week another Ahmadi dead! The slow burn genocide of this community, which is by far the most patriotic community in Pakistan- a searing irony-, continues.  This time it was a young doctor who had dedicated himself to the welfare of poor people at Nankana sb. He was a victim of a Kill-a-Kafir and earn Jannat mentality that is a complete negation of the basic principles of Hanafi jurisprudence. The Hanafi jurisprudence does not believe in violence. If the position is that Ahmadis are Non-Muslims, as is the case in Pakistani law, they can never be killed for their beliefs, whether or not they accept the legal position.

If the officially sanctioned Muslims of this country believe that Ahmadis’ beliefs are blasphemy (which are not by any stretch of imagination) Hanafi jurisprudence arguably rules out death penalty for blasphemy be it for Muslims or Non-Muslims. If there are any doubts about it, they’d better consult Al Hidaya which is the most authentic commentary on Hanafi Islamic Law. Imam Abu Hanifa made it clear that there can be no death penalty – yes no death penalty- for Non-Muslims committing blasphemy. None other than Maulana Ashraf Ali Thanvi, a leadingDeobandi scholar and jurist of Islamic Law, confirmed this. Despite major disagreements with the Ahmadis, Ashraf Ali Thanvi never called for their killing.  Neither did AllamaShabbir Ahmad Usmani who considered Ahmadis Non-Muslim but did not oppose their inclusion in the Muslim League. Usmani considered Sir Zafrullah Khan a Non-Muslim and Sir Zafrullah Khan refused to pray behind him for this reason; the relations between the two men were extremely cordial.

Deobandis in 1990s and 2000s were seen as an extremist sect because of their association with the Taliban. Many of us bought into what was essentially an American narrative on Sunni Islam: Barelvis are good and Deobandis are bad. We must look at where both Deobandis and Barelvis stand doctrinally. . It is the cornerstone of every Muslim’s belief that Holy Prophet (PBUH) was Insaan e Kamil i.e. the complete human being. Deobandis rely on the Quran 18:110 where Allah SubhanwaTallah says to Hazrat Muhammad (PBUH) Qulinnamaanabasharunmithlukumi.e. Say: I am only a mortal like you. This theme is repeated and was confirmed by Hazrat Abu Bakr Siddique (RA) in his famous speech to the faithful upon the death of the Holy Prophet (PBUH). The first Caliph of Islam said: “O men, If you have been worshipping Muhammad (PBUH), then know that Muhammad (PBUH) is dead. But if you have been worshipping Allah, then know that Allah is living and never dies.” The Barelvi belief is that the Holy Prophet (PBUH) is “nur” or eternal heatless light, which is both Hazir and Nazir – the present and watching. This concept comes fromSufi Ibn-al-Arabi who stated light of Holy Prophet (PBUH) existed before all creation but Ibn-Al-Arabi’s beautiful Sufi interpretation of pre-eternal light as the source of all spirituality including Pantheism is largely misunderstood. The result is we have Khadim Rizvi who didn’t understand the beauty of the faith of Islam and instead become preacher of violence, despite the rich heritage of Barelvi Islam.

Precious time has already been wasted. Let us not continue to make Pakistan a pariah state in the world for political expediency and power struggle

Speaking of Khadim Rizvi, the foul-mouthed cleric passed away a few days ago possibly from Covid though we do not know this for sure. May he rest in peace. This happened within a few days of his fiery dharna against the Government of Pakistan. One English newspaper reported that Prime Minister Imran Khan and many of his cabinet ministers paid rich tributes to the “Islamic Scholar”.  The so called Islamic scholar who is more widely known for his abusive language than any work of scholarship has brought ignominy to the Pakistani state. In many ways Khadim Rizvi himself was a victim of the widespread ignorance and backwardness of our people. Growing up in backward PindiGheb he had no access to a proper education or modern ideas. He did attend Jamia-e-Nizami in Lahore but it seems to have done him no good whatsoever. Utterly ill equipped both in the canon law and adaab of Islam, we instead found a firebrand uneducated cleric creating false religious frenzy in the illiterate and poor people of Punjab. The man who was once fired from Punjab Auqaaf department and who praised MumtazQadri as Shaheed, has been found deserving of eulogy from the Prime Minister of this mighty Islamic Republic of Pakistan. This is the same cleric who blocked roads repeatedly and threated and abused both the judiciary and the military but I suppose only opposition politicians are called traitors for those offences.  It is an absolute insult to the office of the Prime Minister for Imran Khan and others to pay “rich tributes” to a man who is more famous for colourful abusive language aimed at everyone including the Prime Minister himself.  This shows that the state continues to appease such elements and there will rise another Khadim Rizvi tomorrow.

As long as the state either continues to appease or continues to use elements like Khadim Rizvi and his followers, innocent people will continue to die. So the state needs to cry halt and put an end to this craziness now. Precious time has already been wasted. Let us not continue to make Pakistan a pariah state in the world for political expediency and power struggle. Is there not one good man in the entire government of Pakistan, both the elected government and the deep state, to stand up for principle? 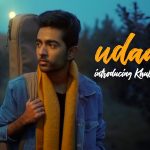 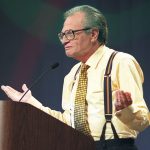 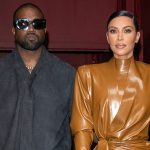 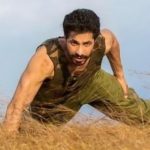 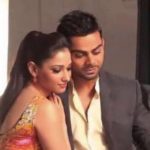