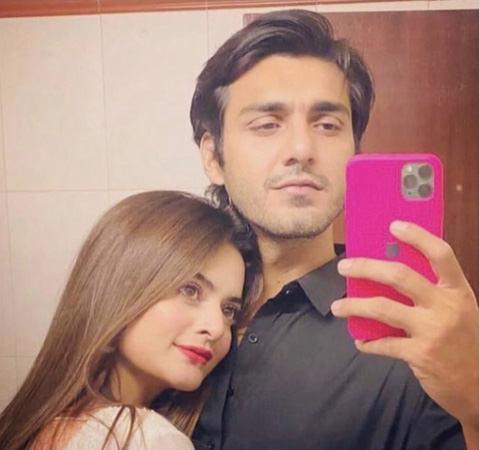 Actor Minal Khan is officially off the market! One of the most sought-after TV actors, the 22-year-old Jalan star confirmed long-standing rumours about her love life, making her relationship with Ahsan Mohsin Ikram Instagram official much to the delight of her fans.

A day after a cosy 22nd birthday celebration courtesy of Ahsan, Minal shared a picture with him with a heart and key in the caption, alluding to their romance! That’s one way to say that her heart is locked on Ahsan! Ahsan also shared a series of pictures with his lady-love, wishing her a happy birthday. “Happy birthday to my favourite!” he wrote. Here’s wishing the two all the best for their relationship!