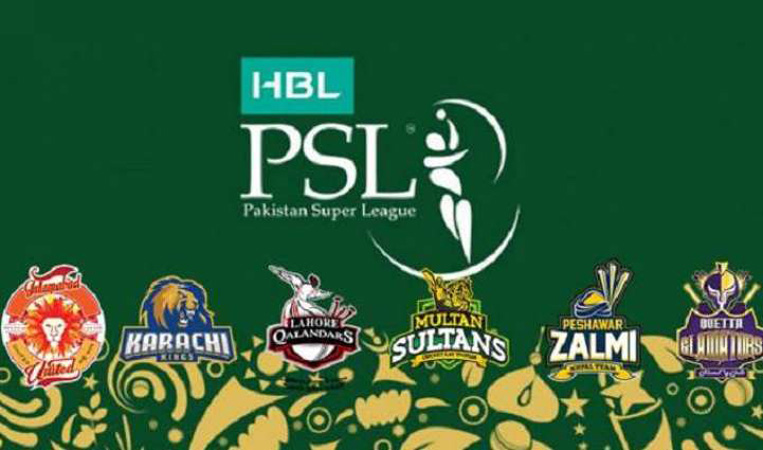 KARACHI: All eyes will be on Karachi’s National Stadium as the much-awaited HBL Pakistan Super League 2020 playoffs get underway Saturday (today) afternoon with the table-toppers Multan Sultans taking on Karachi Kings in the Qualifier. The tournament returns to action after an eight-month gap, as it was postponed on March 17 due to Covid-19 pandemic. Until then, cricket fans, both in Pakistan and across the world, had remained glued to the riveting T20 action that saw some nail-biters with the fight for the four playoff spots going down to the wire. The 2017 champions Peshawar Zalmi edged past defending champions Quetta Gladiators on net run-rate to sneak through to the playoffs by grabbing the fourth spot, while Islamabad United, the two-time champions, finished their campaign on the last spot on the table. On Saturday, the winner of the Qualifier will confirm a berth in the much-anticipated final, to be played on November 17, while the losing team will await the winner of the Eliminator 1 – to be played between Qalandars and Zalmi – in the Eliminator 2, which is scheduled for Sunday evening. The loser of the Qalandars-Zalmi game will be eliminated. All four squads in the playoffs have been rejigged with international and local stars joining the sides and all aiming to guide their franchises to glory.

Multan Sultans: Sultans topped the table at the end of the double-league round-robin group-stage by winning six matches. While two of their matches ended in no-result due to rain, they faced losses in the other two. Captain Shan Masood occupies the sixth spot in the list for the tournament’s highest run-getters with 253 runs at 31.62 and a strike-rate of 128.42. Among the bowlers, Sohail Tanvir and Imran Tahir occupy the fourth and fifth spot having taken 10 wickets each at 15.30 and 18.60 respectively. Shan is confident his team has the desired firepower to win the tournament.

Shan Masood said in a statement: “We are very excited to be back. We had a very good run in the group stage. The beauty of the HBL PSL has always been the playoffs as it gives everyone an equal opportunity of winning the prestigious trophy and we are really looking forward to it. Obviously playing the Qualifier gives us an added advantage. We have to make sure that we get out of the blocks quickly and hopefully win that first game and go to the final directly. As a squad, we are very happy despite the setbacks, due to Covid-19, as we have lost Mahmudullah and James Vince, while Moeen Ali is on national duty. But, we have got quality replacements in Joe Denly, Brendan Taylor and Adam Lyth. Denly has been a super white-ball player for England in the last few years and he has had a good HBL PSL 2018. Brendan Taylor is one of the most experienced white-ball batsmen in world cricket at present and he has played well in the recent series. Adam Lyth is a good attacking opener. These additions will help add value to our squad.”

Karachi Kings: Imad Wasim-led Kings took the second spot by registering five wins out. They lost four matches and their one fixture was washed out. Kings possess one of the most exciting top-orders in the playoffs with Sharjeel Khan and Babar Azam joined by England’s Alex Hales. The recently appointed all-format Pakistan captain Babar heads the tournament run-getters list with 345 runs in nine innings at 49.28 with the help of three half-centuries. Among the bowlers, Mohammad Amir is placed at number six with 10 wickets in nine matches at 26.20. Karachi Kings captain Imad Wasim said: “We are preparing well and our camp has went well with our overseas players adding great value as always. We have gelled well as a unit; our focus is definitely on winning the Qualifier and qualifying for the final at the first attempt. We can’t control the result but we can give it our best shot. I want to also congratulate the management for organising the playoffs in Pakistan in a challenging environment, which is indeed a big effort. Karachi is our home ground and we have played very well here, the crowd support really spurs us on and we will miss the crowd yet playing in Karachi has its own unique fun and flavour. The conditions, pitch, atmosphere and the weather suits us and we are very happy to play the playoffs on our home turf.”

Lahore Qalandars: Third-placed Qalandars will be playing Eliminator 1 – a knockout affair – against Zalmi. Qalandars roared back in contention after a poor start to the tournament with some exhilarating performances led by the Australia duo of Ben Dunk and Chris Lynn. They finished the group-stage with five wins in 10 games. While Lynn is unavailable for the playoffs, Qalandars still have Dunk who is expected to be joined by Bangladesh opener Tamim Iqbal in the team’s top-order. Dunk occupies the third-spot in the batting charts having scored 266 runs at 53.20 at a stunning strike-rate of 186.01. Dunk’s 23 sixes are the most so far by any batsman in the tournament. The leading wicket-taker in the T20 format in 2020, Shaheen Shah Afridi will breathe fire to the Qalandars attack in the playoffs.

In the group-stage, the left-armer took 13 wickets in nine matches at 18.92. Lahore Qalandars captain Sohail Akhtar: “We are very excited that the HBL PSL 2020 matches are starting again. We have made it to the playoffs for the first time and it was a total team effort throughout the season. “Our batsmen produced the goods when we needed them to deliver for us and our bowlers also performed very well and delivered us key wickets which turned many close matches in our favour. I have firm belief in the talent and ability of our team. Our bowlers and batsmen are full of confidence and are in form. We really want to win this tournament for our fans, who have supported us throughout our HBL PSL journey. We will be playing for them and we want to ensure we return to Lahore with the trophy.”

Peshawar Zalmi: Zalmi sneaked through to the playoffs despite a difficult run in the group stage where they won four out of their 10 matches but maintained a net run-rate that was good enough for them to edge past Quetta Gladiators. The most prolific batsman in HBL PSL history, Kamran Akmal, with 1,537 runs, is currently placed at the seventh-spot in the batting charts for the 2020 edition with 251 runs at 27.88 and a strike-rate of 161.93. Zalmi captain Wahab Riaz, with 11 wickets in nine matches, is placed at number three in the chart for the highest wicket-takers. He has taken his wickets at 23.18. Wahab Riaz said: “We are prepared for the challenge like the rest of the sides. Our players, both local and foreign, have been playing cricket regularly which is of course a great sign for us. It makes the life of a captain easy if the players are in touch. Of course, for us, it is a matter of one game at a time. We have to ensure we win the Eliminator 1 and take it match-by-match from there on. Hopefully, we can win all our games and lift the trophy. As a captain you do get under pressure, I won’t say that there is no pressure. I have trust in my team and we will do well and win the tournament.”