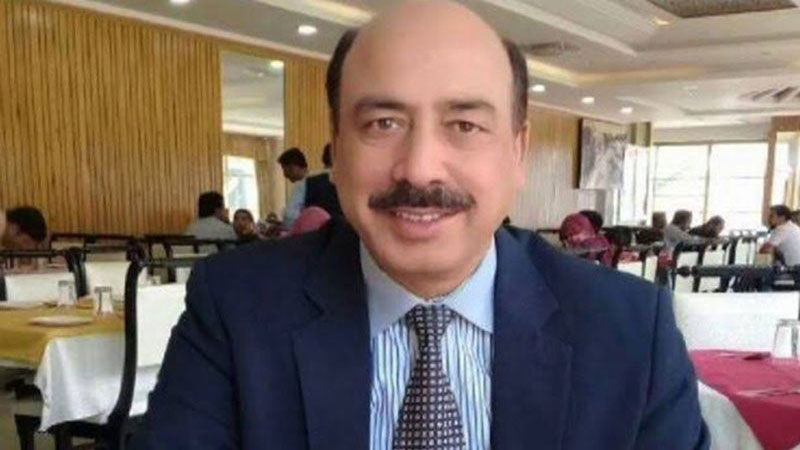 The Federal Investigation Agency has placed the main characters in the video scandal of dismissed judge Arshad Malik – PML-N’s Nasir Butt and Mian Saleem Raza – on the list of “most wanted” terrorists in the country.

The decision of declaring both leaders of the PMLN the most wanted terrorists came months after an Anti-Terrorism Court in Islamabad dismissed the FIA’s plea seeking to try all accused in the judge video scandal case under the anti-terrorism law.

The Counter-Terrorism Wing of the FIA added Butt and Raza to its list of most wanted terrorists named in its latest Red Book prepared this week, official sources confided to The News on Thursday.

“He [Nasir Butt & Mian Saleem Raza] is [are] involved in Arshad Malik (Judge) Video scandal which was subsequently charged by him for blackmailing, criminal intimidation,” read the Red Book exclusively made available with these correspondents.

The London-based British Pakistani Nasir Butt shared the latest most-wanted list with Saleem Raza who has also been declared “most wanted” in the same list that the country’s top investigation body considers “most wanted”.

Neither the spokespersons for FIA nor head of the CTW FIA Babar Bakhat responded to queries sent by Geo News asking about which law deemed it so that Butt and Raza were placed on the most wanted terrorists list.

According to the FIA document, Nasir Butt’s name was added after anti-terrorism provisions were added to the case related to the video scandal of judge Arshad Malik, who had convicted ex-premier Nawaz Sharif in the Al-Azizia Steel Mill reference in 2018 but told Nasir Butt on video that he was blackmailed to convict Nawaz Sharif.

Currently, Butt and Raza and some other PML-N leaders are facing a case under cyber laws in a local court in Islamabad. Both accused did not join the trial and live abroad reportedly. The FIA teams have already recorded statements of the entire top leadership of the PML-N in this case. When contacted, Nasir Butt said: “I am glad that I was able to establish through video evidence that Nawaz Sharif was wronged by the accountability judge Arshad Malik.”

The FIA’s most wanted list carries profiles of around 1,200 terrorism suspects that it deems most notorious for their role in some of the most high-profile terrorist incidents to take place in the country. The list also has names of those who are accused of carrying out the attempt on the lives of former president Pervez Musharraf and former PM Shaukat Aziz, including those who allegedly carried out the 2008 Mumbai attacks.

In July this year, an administrative committee of the Lahore High Court (LHC) sacked Arshad Malik on the basis of an investigation into the video scandal which declared Malik guilty.

Maryam Nawaz Sharif had released the video clip of the judge at a news conference in July last year. Nasir Butt left for London prior to the release of the video. He obtained a forensic report of the videos and submitted it before the authorities in Pakistan confirming the videos were genuine.