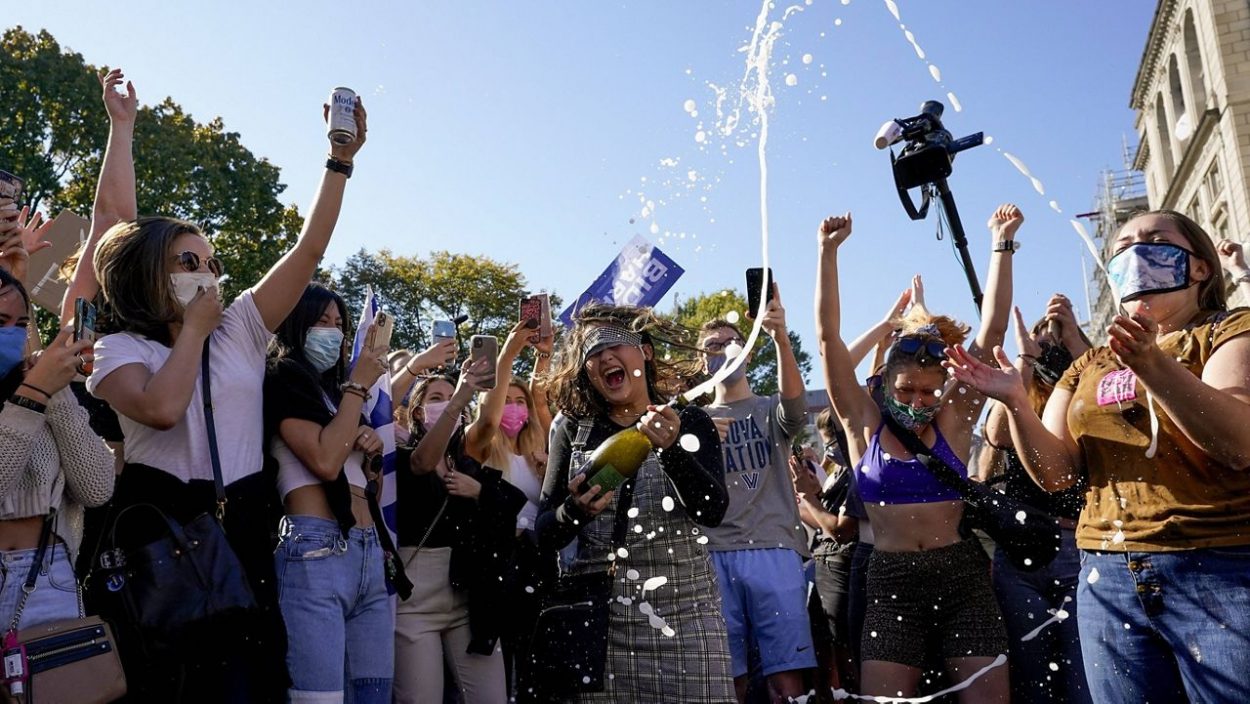 WASHINGTON: Joe Biden’s election as US president on Saturday sparked a scramble for champagne in the capital Washington and some stores were already close to running out of stock in the Democratic stronghold.

It seemed many were ready to toast an end to a tumultuous four years under President Donald Trump.

Calvert and Woodley, known for its selection of wines from around the world, sold up to 75 per cent more bottles than a usual Saturday, according to store employees.

Store salesman Mark, who did not provide his last name, said hundreds of bottles had been sold. “People want to celebrate,” he said.

Mark’s colleague Janis said: “I bought 20 for myself.”

“I’m so happy. It’s an amazing day for democracy,” she said while choosing a bottle.

At Magruder’s, a wine shop in the residential district of Chevy Chase in business since 1845, the shelves were emptied quickly and employees had to fetch reserve cases of champagne.

And they were obviously not concerned with the price. Bottles of champagne typically sell for around $40 dollars (33 euros) to start.