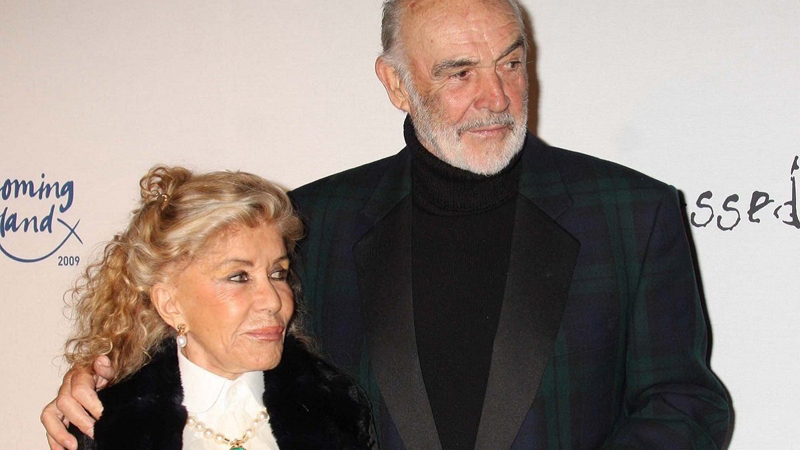 Scottish star Sean Connery, who had a massive fan-following in India as the original James Bond, visited the country back in 2007 and spent his Valentine’s Day with wife Micheline Roquebrune at the Taj Mahal.

The actor, who charmed everyone with his charismatic portrayal of author Ian Fleming’s British spy, died on Friday at the age of 90.

He leaves behind an illustrious body of work that includes both cult-hit films like “The Man Who Would Be King”, “A Bridge Too Far” and “The Name of the Rose”, as well as commercial potboilers like his seven James Bond movies, “The Rock”, “Entrapment” and many more.

Unlike his successor Roger Moore, who had famously shot his 1983 movie “Octopussy” in India, Connery’s tryst with the country happened only in 2007.

The actor, who had officially retired from acting the previous year, had visited the country with his wife.

What was supposed to be a smooth “business trip” for Connery, had turned into a frenzy with fans lining up outside the five-star hotel where he was staying, according to reports at the time.

The couple first visited the national capital and after a brief sojourn, Connery and Roquebrune left for Agra for a trip to the Taj Mahal.

It was February 14, 2007, and Connery spent the day with his wife at the world-famous monument, which is often hailed as the symbol of love.

“I shall never forget this day, when I spent Valentine’s Day in the company of my wife in the forecourt of Taj Mahal,” the Scottish star told reporters later that day.

According to another report, an eager Connery, who was enamoured by the sheer beauty of Taj Mahal, kept enquiring about the monument from the local guides.

Connery and Roquebrune had come to India as part of a batch of 39 tourists.

After the visit to the two cities, the couple left the country, leaving behind memories that are still fresh for Connery’s fans, who are mourning his death.