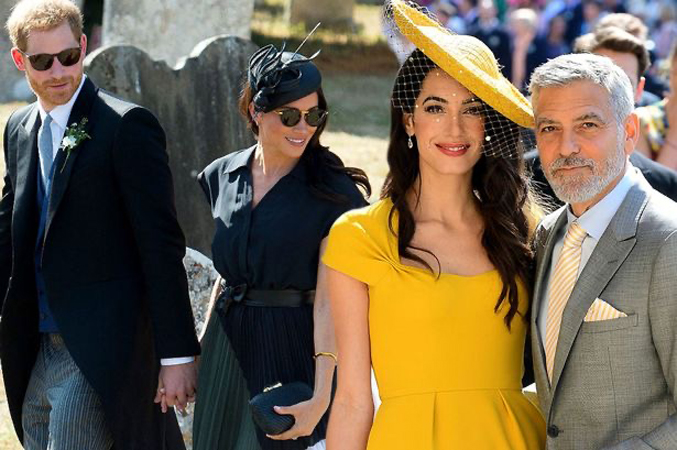 Word on the street was that George and Amal Clooney had denied knowing Prince Harry and Meghan Markle while attending their royal wedding back in 2018.

However, the buzz has now been quashed as a representative of the power couple stepped forth to set the record straight about the story penned by UK Prime Minister Boris Johnson’s sister, Rachel.

A spokesperson for the two denied that the couple ever made the claim against the Sussex pair.

As per Boris Johnson’s sister Rachel Johnson, the pair had been telling the guests at the wedding that they were anything but best buds with the bride and groom.

Johnson wrote for AirMail: “There’s a story doing the rounds that while Carolyn Bartholomew, Diana’s former flatmate, was waiting for the wedding service to start, she turned to the couple alongside her and asked how they knew Harry or Meghan.”

“‘We don’t’, the Clooneys answered brightly,” she went on to say.