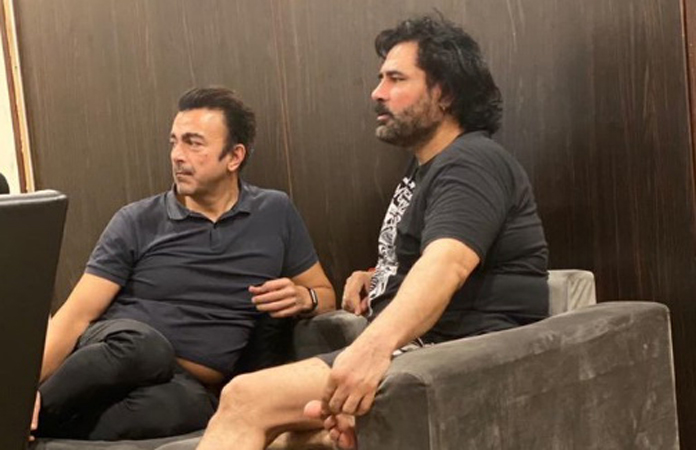 It’s no secret that super star Shaan Shahid is a die-hard patriot. If you still had any doubts, the actor is making sure to dispel them as he announced his latest project.

The Waar actor took to Twitter on Wednesday to share a snippet of a song that he’s worked on closely with renowned singer Shafqat Amanat Ali. According to Shaan himself, who wrote the song, it is a “love song for the country.”

“The love for Pakistan runs in my veins. It mixes in the ink of my pen and spreads in voice of our legends. A love song for the country written by Shaan Shahid and sung by Shafqat Amanat Ali coming soon,” he announced, sharing a video of Shafqat in a recording booth singing the yet-to-be-released song.

He also shared what seems to be the name of the song: “Tairay ishq dai char gaye rang watna,” he tweeted.

If it wasn’t clear already just how closely Shaan feels about the country, he also took the time out to reply to a fan who had something to say about “state employed ideas to match framed ideology.”

“The love for the motherland is not framed. To bring the passion of patriotism in the youth is not alluring them but bringing the fire back in their hearts by the power of music and poetry The state of Pakistan wants each of us to be a Pakistani not slaves Respect our own,” wrote Shaan Shahid.