‘Nation will have to struggle collectively for Naya Pakistan’ 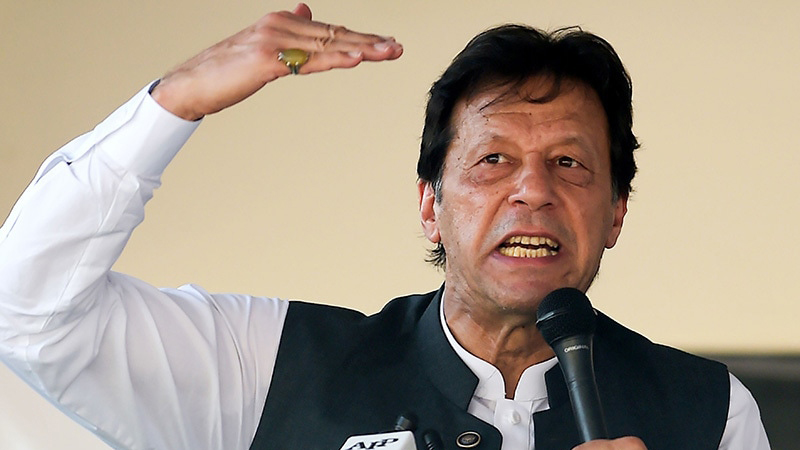 Prime Minister Imran Khan on Wednesday said the nation’s collective struggle was a must to realize the dream of a Naya Pakistan by bringing about institutional reforms and ensuring meritocracy.

“The people ask me where is the Naya Pakistan. The Naya Pakistan is not a switch (to turn on and get the result). Such things (happen) only in fairy tales. The reforms process is a struggle. The nation has to struggle collectively for a change,” the prime minister said while addressing here the Insaf Doctors Convention.

He viewed that it was high time the nation strived collectively, though the rectification of the rotted institutions was even more difficult than building new ones.

He told the audience that the construction of Shaukat Khanum Hospital in Peshawar and and its certification by the Joint Commission International was achieved within three years but the reforms in government hospitals in Khyber Pakhtunkhwa took even longer.

He said the mafias with vested interests resisted reforms in the hospitals and the people obtained stay orders whenever the government tried to reform the matters.

The prime minister called for strict adherence to anti-COVID precautions considering the growing cases of coronavirus in Pakistan. The country had witnessed the peak of coronavirus in mid June and the people, particularly the doctors and nurses, played a responsible role bringing pride to the nation.

He said the upcoming two months till November were critical, particularly for the cities with higher pollution and smog condition like Lahore, Gujranwala and Karachi, and required extraordinary care to avert pressure on the healthcare system.

The prime minister recalled that after nationalization of hospitals and schools, the standard of education and health sectors had deteriorated. However, the country again saw the growth of private schools and hospitals, which were used by the rich class while the government ones were left for the low-income group and consequently the carrot and stick policy at the institutions vanished too.

Even the elite class, which had to bring in reforms, used to get their medical check-up in London, he added.

Imran Khan advised the people to study the State of Madina as a role model which provided the basis of a great civilization. But all that became possible consequent to years of struggle, he remarked.

The prime minister said the objective of health sector reforms was never to privatize the hospitals rather enforce meritocracy there through the carrot and stick policy.

He said similar to the hospitals, the mafias at the national level also resisted the change. Referring to the opposition coalition, Imran Khan said all “pickpockets” had united soon after they were made accountable for their corruption.

“But now there is a prime minister, who cannot be blackmailed and will make them accountable. This is a defining moment for Pakistan. Like mafias at hospitals, they are also resisting change,” he remarked.

Lauding the education, health and police reforms in Khyber Pakhtunkhwa, the prime minister said the people always stood by the one who struggled to improve their living standard. Due to the very reasons, the people of KP had elected the Pakistan Tehreek-e-Insaf consecutively for the second term with a two-third majority.

He said the government would reform the hospitals across Pakistan, which was a time taking process.

The prime minister directed the Punjab government to extend health insurance card facility to whole of Punjab like the KP, which, he said, was though a bit reluctant owing to its huge financial implication.

He asked the Punjab government to initially enrol widows, transgenders and all low-income families, and later cover the whole population within a year.

He said the health insurance cover would provide mental satisfaction to the beneficiary family, as in case of any critical illness they would be able to avail medical treatment facility at any designated private hospital.

The prime minister also advised private hospitals not to discriminate between the patients paying them in cash and those availing the Sehat Insaf Card.

He said the Shaukat Khanum Hospital was the only facility in the world providing free medical treatment to almost 75 percent cancer patients.

He said the extension of free medical facilities to the low-income groups would also bring in Allah’s blessings which would also open up new avenues to support the initiative as He had been doing for the Shaukat Khanum Hospital.

Besides providing medical treatment to the poor patients, he said the Sehat Insaf Card facility would also expand the private hospitals network for which the government was also providing incentives like duty-free import of medical equipment and provision of evacuee property land at concessional rates for their building.

Moreover, he said, the government was also striving to maintain the best practices and medical and pharmaceutical standards to boost exports.

Referring to the recent wave of Islamophobia originated from France, Imran Khan said he had written letters to the heads of all Muslim states to act collectively for raising the phenomenon of Islamophobia in the world.

He said it was essential to tell the Western and European countries that any blasphemy of Holy Prophet (PBUH) and Holy Quran hurt the Muslims across the world as holocaust did to them.

He said following the republication and display of caricatures in France and similar incidents, the lives of Muslims living in the West and Europe were getting difficult with growing hatred and desecration of women wearing Muslim dresses.

The prime minister said being the opinion makers, the doctors must also struggle and assist him bring change and create an atmosphere in the country to attract the job-seekers here instead of making the people move abroad for jobs.