* While the group unanimously admitted to skinny dipping in the ocean during their time living in the beachside community, one thing no one seemed particularly interested in was re-watching their MTV series 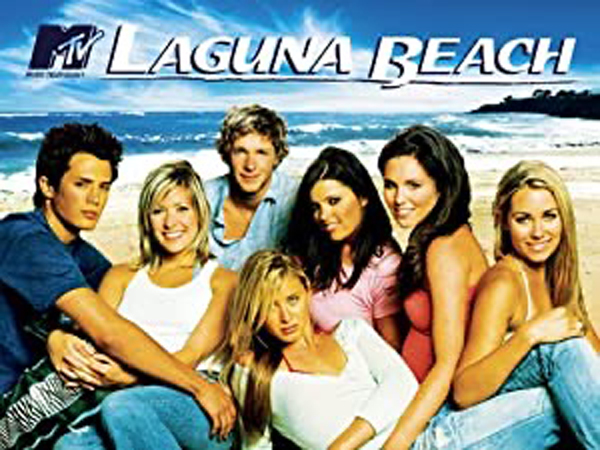 Let’s go back to the real Orange County. On Friday, Oct. 23, the cast of Laguna Beach got together for a virtual reunion on IG TV that included former rivals Kristin Cavallari and Lauren Conrad, and the boy at the center of their feud, Stephen Colletti.

In the reunion, which was organized to drive voter registration via HeadCount’s #GoodToVote campaign, the Laguna Beach squad—which also included Lo Bosworth, Morgan Smith, Christina Sinclair, Trey Phillips, Talan Torriero and Loren Polster—played a round of games with host Emily Longeretta, including “Never Have I Ever.”

While the group unanimously admitted to skinny dipping in the ocean during their time living in the beachside community, one thing no one seemed particularly interested in was re-watching their MTV series. Guess some things are better left in the past!

While Laguna Beach and its spin-off The Hills were revealed to be less-than-real, Kristin pointed out during the “Never Have I Ever” game that the show really went out of its way to make Kristin and Lauren look like they hated each other.

“There was one time they had me walking down the street, and they had a producer on the other side of the street, and she kept giving me dirty faces, and so I was like ‘Oh my God, look at her!’ And of course they made it look like I was looking at Lauren,” Kristin laughed. “We had no idea what was going on.”

The group also reminisced about the trips they took together in high school, including one to Catalina Island. Stephen recalled climbing a bluff to go cliff jumping, and being terrified for his life.

When asked about the show’s infamous Cabo trip—which included a very dramatic fight between Kristin and Stephen—Lauren recalled a much lighter funny memory.

“I have a very clear memory, I don’t know if this even made it into the show, of Stephen getting so drunk that he tried to jump into a fountain,” she told the cast. “There was a sound guy chasing you trying to get the mic off before you made it.”

Later on in the reunion, Stephen said he “apologized” to his grandma for his behavior towards Kristin in the episode.

“I remember she said, ‘I think she kinda deserved it,'” Stephen joked, to which Kristin responded with “Oh my God!”

While the cast was all smiles in the reunion show, there was a time when Kristin admitted she wasn’t thrilled with how the show portrayed her high school life.

In 2014, Kristin opened up to Oprah Winfrey on Oprah: Where Are They Now? about how hurt she was by the way MTV portrayed the “love triangle” between her, Lauren, and Stephen.

“My boyfriend at the time would take Lauren Conrad to dinner and buy her flowers, which never would have happened if it weren’t for the show and MTV,” the reality star said. “I felt very used and manipulated.”

She echoed that sentiment in her 2016 book Balancing in Heels.

“One of the most hurtful things they did was pressure Stephen to spend time with another girl from the show, Lauren, while he and I were dating. It certainly provided some juicy conflicts, but it also affected me deeply. I felt threatened,” the Very Cavallari star wrote. “On one side, it seemed like the producers were trying to break us up, which was intimidating. On the other side, I was worried that my relationship with Stephen was becoming less stable, even though I knew if we hadn’t been on television, he wouldn’t have been spending time with another girl.”