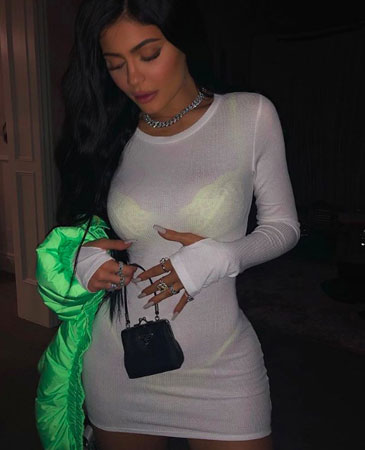 It seems all celebrities need to carry these days are…mints. Take this latest photo of Kylie Jenner. On Monday, Oct. 19, the reality star stepped out for lunch in Beverly Hills, dressed to impress in an orange pleated dress paired with none other than the infamous Chiquito micro purse by Jacquemus.

With a handle bigger than the bag itself (which looks to be the size of one’s hand), the accessory begs one major question: What actually fits in there?

Of course, the questions don’t stop there. What does Jenner tote around in that little thing? Has anyone ever lost one? Doesn’t $500 buy you a bit more storage space? Can a bottle of hand sanitizer even fit in there?

Despite the seemingly inconvenient size, micro bags are a trend that has been around for a few years now and is, for better or worse, showing no signs of fading away.

Take Lizzo at the 2019 American Music Awards, toting a custom Valentino version so tiny that, in the singer’s candid words, it was only big enough “for my to give.”

Naturally, the minuscule finger candy caused quite the stir on the red carpet and social media. Several more famous figures have also stepped out with itty bitty bags in their hands, from Gigi Hadid to Rihanna. Though, we’re still asking—where do they put the rest of their actual stuff?