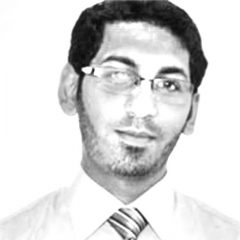 Indian exclusionism towards Muslims and minorities

Indian secularism has been the quintessence of Indian Constitution, yet the denunciation of minorities in India has prompted doubts regarding democratic values in India. In fact, it is no more Gandhi and Nehru’s India. India has crumbled quickly with the Bahartiya Janata Party (BJP)’s coming into power under Narendra Modi’s administration. Albeit to significant exclusion against Muslims, savagery against the Christians has expanded too. According to the US Commission on International Religious Freedom (USCIRF), India has become a Tier 2 nation because of violation of religious rights. Under the current government, contemporary condition of Indian Muslims gives off an impression of being breaking down continuously.

Rather than guaranteeing minorities their due rights and assurance, the Indian parliament endorsed the communal, majoritarian and intolerant Citizenship Amendment Act – 2019 (CAA) followed by Indian High Court’s dubious decision on Babri Masjid. Through the utilization of the CAA, the aim was to deprive the Muslim community of their basic rights as citizens, which has created more than 1.9 million Muslims stateless and may even create more, which leads to a humanitarian and refugee crisis. In other words, Modi is hell bent on replacing peaceful Hindu values with extremist Hindutva ideology that is promoting a culture of biasness for minorities. Hindutva fanaticism is a significant wellspring of viciousness in contemporary India. The exclusionist and prejudiced CAA have become headache for both Muslims and minorities in India.

Current Indian political elite are indicative of colonial mind-set, which stresses on marginalizing and targeting a particular segment of the community, purely on the basis of race, ethnicity and religion

Outside India, it has issued 400,000 domicile certificates to non-Kashmiris to permanently settle them in IIOJ&K. The development is indicative of Mr. Modi government’s demographic change and ethnic cleansing project. What it took Israel 50 years to do, India has done in less than a year.BJP governments and Rashtriya Swayamsevak Sangh (RSS) activists are acting together to execute their Hindutva plan, which is advancing Modi’s horrendous Gujarat model.In this regard, Indian minorities are bearing the brunt of unending unfair approaches of Mr. Modi as well as the brutalities of Hindu-supremacists. The crowd lynching of Muslims on doubts of eating hamburger and the cruel lockdown of Indian Illegally Occupied Jammu & Kashmir (IIOJ&K) highlight that India is now promoting Hindutva ideology and policy of ‘Akhand Bharat’. In India, Hindutva is winning.

Indian leaders such as Sonia Gandhi have also denounced BJP’s anti-Muslim drive and reprimanded Modi for spreading the infection of collective bias in the country. Similarly, Arundhati Roy charged Delhi for utilizing social agitation during the COVID-19 emergency to empower destructive conduct towards Muslims. On the contrary, current Indian political elite are indicative of colonial mind-set, which stresseson marginalizing and targeting a particular segment of the community, purely on the basis of race, ethnicity and religion. There is not just an anti-Muslim sentiment in India, but for other minorities as well. The introduction of CAA has been a deliberate attempt by the Indian political elite to legalize its marginalization of minorities in India. The climate in India is more sultry than expected, and dry and dusty for the unprotected minorities.

As far as legal perspective of the debate is concerned, Article 14 of Indian Constitution states Equality Before Law irrespective of religious beliefs, however; CAA directly violated Indian Constitution by targeting Indian minorities and Muslims. Similarly, the CAA also violated Article 21 of the Indian Constitution,Right to Life and Libertythat directs to preserve Secularism in India. India has also violated International Human Rights obligations with the passing of the CAA. In this regard, the International Convention for the Elimination of Racial Discrimination and the International Covenant on Civil and Political Rights, with regards to India’s passing of the CAA observed that “India is violating the basic tenants of human rights by deliberately making people stateless.”

There is no distinction between Hitler’s disposition towards the Jews and Modi’s mentality towards the Muslims. The correlation between Nazi Germany and Hindutva is very well-suited. It is the need of time that international communityhold India responsible for human rights violations and to find a way to make India change its conduct. India will never be ‘extraordinary’ until it secures rights of its minorities.The only reason that international community, in particular the West, is silent:The Christian community has not been targeted in India. But, who has seen the future? Therefore, international community should augment its advocacy to end Indian terror campaigns. At the heart of this advocacy campaign shouldbe the role of the Kashmiri diaspora, who must be empowered, mobilized and given the due support and resources, to further the cause of the Kashmiris Moreover, international bodies that serve to protect the rights and dignities of mankind should immediately take cognizance of the fact that India has been violating the rights of its own minorities, and those across its borders.

Adeel Mukhtar Mirza works for Islamabad Policy Research Institute (IPRI) and can be reached at adeelmukhtar.ipri@gmail.com.