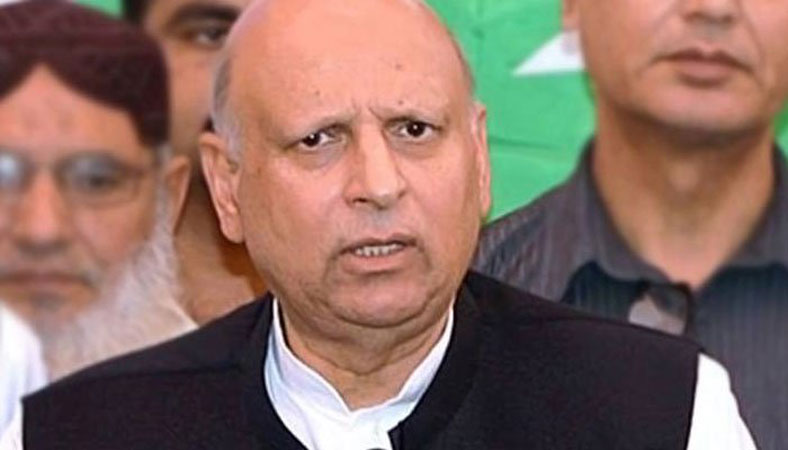 Punjab Governor Chaudhry Sarwar has said that the masses have rejected the protest drive of the opposition parties under the banner of the Pakistan Democratic Movement (PDM) and stand by the government.

Speaking at a memorial seminar ‘Shaheed Hakeem Saeed, Life and Services’ here on Saturday, he said: “The opposition parties may do what they like but the government would not bow down to their personal agenda.” The governor said the opposition had the right to protest in a democracy but the nefarious agenda of maligning the national institutions, the opposition had resorted to, will not be tolerated at all, adding that supremacy of law and order will be ensured by all means.

“The opposition are purusuing personal and political agenda instead of protecting national and public interests”, Sarwar said, adding that the PDM was fulfilling the foreign agenda but the public would foil these attempts.

The governor said the politicians hatching conspiracy against the armed forces of Pakistan could not be well-wishers of the country, adding that the 220 million Pakistanis stand by their armed forces.

He said opposition’s agenda was gradually being exposed before the masses and the nation, in unison, had rejected this agenda.

About Hakeem Muhammad Saeed (late) – founder of Hamdard, he said Hakeem Saeed was a medical researcher, scholar and a philanthropist who rendered invaluable services for the country and his services will always be remembered.