* The 'Mehar Posh' actress's appearance in chic outfit narrates the tales of eastern heritage, encompassing tradition with a touch of new fashion 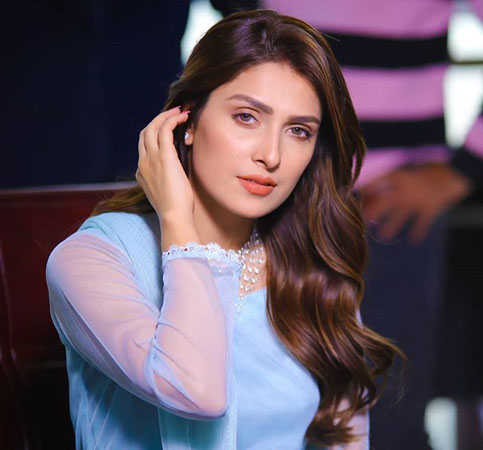 Pakistan’s charming actress Ayeza Khan has once again wowed her fans with her enchanting looks during the latest styling session, narrating the tales of eastern heritage in a traditional outfit.

Ayeza – who lives in millions of hearts due to her stellar performance – shared series of stunning pictures from her latest photoshoot on social media to give admirers major style envy.

The ‘Mehar Posh’ actress’s appearance in chic outfit narrates the tales of eastern heritage, encompassing tradition with a touch of new fashion. She gave perfection to her look her with heavy traditional jewelry that served her as a beauty elevator.

Ayeza’s gorgeous outfit is treasured with all those breathtaking details & elegance that will create the magic for her fans. On the work front, the actress is enthralling her fans with the romantic drama series ‘Mehar Posh’ alongside husband Danish Taimoor.