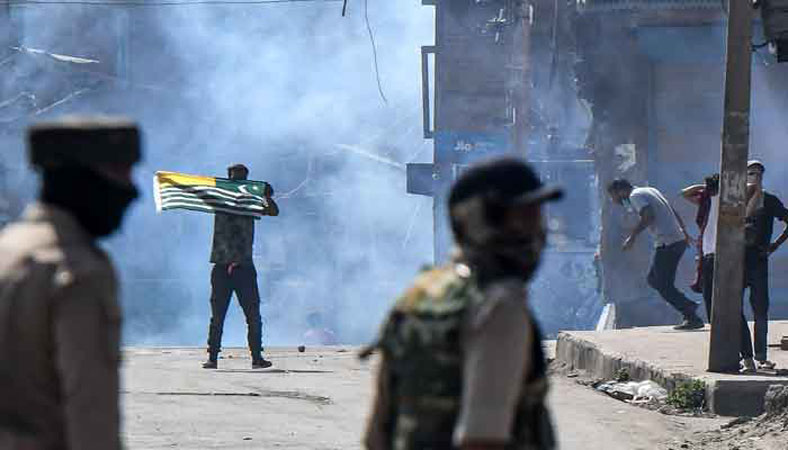 According to Foreign Office spokesperson, over 300 Kashmiris, including women and children, have been martyred by the Indian occupation forces during the last one year. “Four more young Kashmiris were martyred in Kulgam and Pulwama districts in IIOJK yesterday. A 14-year old boy was seriously injured in the illegal and inhuman military crackdown,” he added.

He said India must realize that use of brutal force against Kashmiri people, including extra-judicial killings, custodial torture and deaths, forced disappearances, incarceration of Kashmiri leadership and youth, use of pellet guns, destruction of houses to inflict ‘collective punishment’ on the Kashmiri communities, and other methods of subjugation have failed in the past and would not succeed in the future.

The spokespersons aid the indigenous resistance movement of the Kashmiris for their inalienable right to self-determination, as enshrined in the relevant UN Security Council Resolutions, would only become stronger in the face of Indian state-terrorism.

“Pakistan calls upon the international community, including the United Nations, human rights organizations and the global media, to take full cognizance of the consistently aggravating situation in IIOJK and hold India accountable for egregious human rights violations and war crimes in the occupied territory,” he said. He also urged the world community to work for peaceful resolution of the Jammu and Kashmir dispute in accordance with the relevant UNSC Resolutions and wishes of the Kashmiri people for durable peace and stability of the region.