* As Kris explains in the above sneak peek clip, she's just watched the scene for the first time, prompting her to call Kourtney 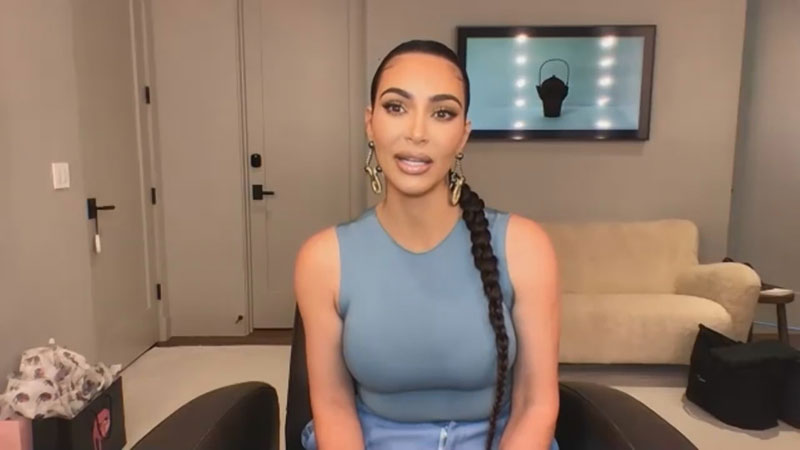 Moving forward together as a family. Kim Kardashian and Kourtney Kardashian’s physical altercation—which was sparked by a disagreement about the latter’s work ethic—at the beginning of season 18 of Keeping Up With the Kardashians was difficult for fans to watch, but even more so for the sisters’ mom, Kris Jenner.

Though the fight may seem like old news, tomorrow’s brand new episode of the E! series ends up revisiting what happened. As Kris explains in the above sneak peek clip, she’s just watched the scene for the first time, prompting her to call Kourtney.

“I just wanted to tell you that I watched the episode this morning on the way to shoot today,” Kris explains while sitting beside Khloe Kardashian. “I just feel really bad.”

‘I just wanted to tell you that I watched the episode this morning on the way to shoot today,’ Kris explains while sitting beside Khloe Kardashian. ‘I just feel really bad’

Kris begins to cry, but continues, “And I just wanted to tell you…if you need somebody to talk to, then we should sit down because I just feel really bad.”

Kourtney thanks her mom and insists that she’s now in a better place, but then begins to cry too.

“It just was like, everybody was ganging up on me for two f–king years,” she expresses. “I feel fine now. But like, it’s just such a natural thing in our family, what everyone does if someone goes any way against what everyone else is doing, it just seems like they just attack.”

Kourtney continues, “I feel better now, [to] actually just see that and say, ‘You’re not putting this on me, it’s on you.'”

While listening to Kourtney and Kris’ conversation, Khloe finds herself reflecting on her own relationship with her sister. She wasn’t involved in the physical altercation aside from trying to separate Kim and Kourtney, but Khloe did side with Kim more often than not when it came to Kourtney’s place on the show and overall work ethic.

However, as Khloe explains in a confessional, she and Kourtney have been working to resolve their issues.

“We were really reconnecting. Things were better,” Khloe explains. “And then of course when the episode airs, all that we’ve already gone through…it brings up old emotions again, it brings up old feelings.”

She continues, telling the KUWTK cameras that “the divide between all of us” is “really, really sad to see.”

“I value Kourtney and I love Kourtney,” Khloe adds. “I want her to feel loved and valued by me too.”