FIR against Nawaz registered on complaint of a citizen, not state 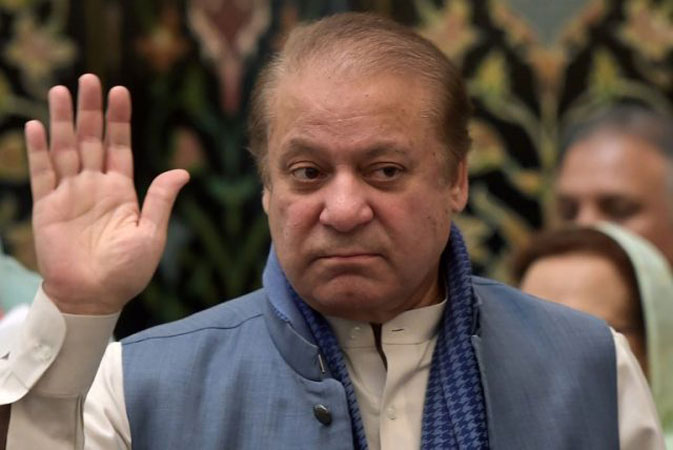 Police on Tuesday clarified that the case against former prime minister Nawaz Sharif for delivering provocative speeches from London ‘to defame institutions’ was registered on complaint of a private citizen and not the State of Pakistan.

In a statement, a spokesperson of Lahore police said that a first information report (FIR) against the ex-premier and other senior PML-N leaders including Azad Kashmir’s PM Raja Farooq Haider was lodged on the complaint of a citizen.

The police spokesperson said the reports circulating in the media that the FIR was filed on behalf of the state or a state institution are not true and the case was filed on the complaint of a citizen, Badar Rasheed son of Rasheed Khan, a resident of Mohallah Khurshid Park, Shahdara. “While processing the application as per the rules, Shahdara police had registered the case under the provisions of the law,” he said, adding, “the investigations are underway on merit and action would be taken only against those found guilty of the charges”.

On the other hand, an illegal weapons case has been registered in the Sharqpur police station of Lahore, whereas a case of interference in government matters and a scuffle with police has been registered in the Old Anarkali Police Station. The police also confirmed that Rasheed had also been arrested in some cases. It also said that he had also fought an election for a Union Council chairman post on a Pakistan Tehreek-e-Insaf (PTI) ticket.

Meanwhile, pictures of Rasheed along with Governor Punjab Chaudhry Sarwar also emerged on Tuesday. It was reported that Rasheed was the president of PTI’s youth wing in Ravi Town. A spokesperson of the Punjab governor, however, distanced him from the pictures saying that the Sarwar had no role in the lodging of the case against Nawaz Sharif. The spokesperson also said that multiple people visit the Punjab governor and it was a matter of ‘routine’ to take pictures with him.

On the other hand, PML-N’s lawmaker in Punjab Azma Bukhari alleged that the case against Nawaz was registered at the behest of Sarwar, adding that Sarwar is the Centre’s representative in Punjab. She said that the complainant, Badar Rasheed, has been seen in photos alongside Chaudhry Sarwar, Sheikh Rashid and Ijaz Chaudhry.

Bukhari said that that the man fought the elections on a PTI ticket for union council chairman. She claimed that he is also a member of the “labour wing”. She said that five cases have been registered against Rasheed, including on charges of robbery and attempted murder. “Imran Khan’s precious patriot is no more than a criminal,” she said.