* Thanos, with his obsession for balance in the universe, on the other hand, gave him more room to experiment 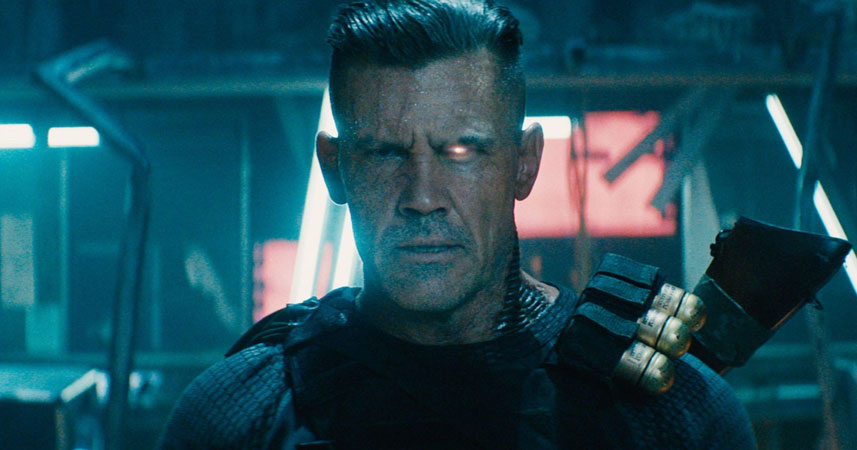 Hollywood star Josh Brolin says he had more fun in playing villainous Thanos in the last two Avengers films while his role of Cable in Deadpool 2 felt harder despite being funny.

During an interview with James and Roger Deakins on this week’s episode of the Team Deakins podcast, Brolin said acting in Deadpool 2 felt like “more of a business transaction” as he had to tailor his performance to suit the specific comedic tone of the franchise.

Thanos, with his obsession for balance in the universe, on the other hand, gave him more room to experiment.

“I mentioned Brando in Apocalypse Now, this guy who is very elusive and insane but what he is saying makes sense and is poetical,” Brolin said.

“I started seeing the parallel which I liked for me. I loved being able to resort to a film like Apocalypse Now when I was doing something like Avengers.”

‘I mentioned Brando in Apocalypse Now, this guy who is very elusive and insane but what he is saying makes sense and is poetical,’ Brolin said

Though Brolin’s Thanos was created with the help of the motion capture technology, to the actor it felt like he was tapping into someone who felt like a “real guy.”

“This is not a big purple guy, this is a guy with insides and cells and feelings. Then it became fun. To me, it was like going to do 1970s black box theater in New York. You totally resort to your imagination. It is absolutely behavioral, if not more, than other movies,” the actor said.

“Deadpool was hard. Even though it was funny, it was harder. That was more of a business transaction, it was more, ‘We need to make this like this,’ which I didn’t feel with Avengers. With those directors, they would constantly go back and reference Scarface or Dog Day Afternoon. Whether or not it was a manipulation, they knew what to throw out there to bring it back into something inspired.” Brolin’s Thanos was killed off at the end of Avengers: Endgame but the actor has expressed in the past that he would love to revive Cable in a third Deadpool movie if it is made.

Ryan Reynolds plays the titular foul-mouthed superhero in the movie franchise at the Fox Studios, which is now owned by Disney.