Dual Citizenship: Violation of the Oath

Recently, in Pakistan, a dual citizenship concern or issue has become a hot-button topic of conversations or discussions in the electronic/TV or print news media and been covered in op-ed write-ups. There are those who defend dual citizenship as a personal preference for traveling more easily and hassle-free to a native country and/or as a needed means for taking an advantage of a political appointment opportunity in the native country’s government. But there are others who are ardently opposed to dual citizenship on moral, ethical, or legal grounds while pointing to an oath of allegiance taken by an immigrant to become a naturalized citizen of an adopted country.

To become a naturalized citizen of America, an immigrant takes an oath of allegiance in a citizenship-oath ceremony by raising the right hand and is sworn in to renounce any allegiance to a foreign country (i.e. the country of origin) and to support and defend the Constitution and laws of the United States of America against all enemies (the text of the U.S. citizenship oath is available online).

Those who defend the dual citizenship may give examples of certain Western officeholders who were or are dual citizens. But this does not mean that what these officeholders have done is ethically or legally right. It is because when they took an allegiance oath, these officeholders violated their previous oath of allegiance to their former country while not renouncing simultaneously or priorly their original or former citizenship. Also, when they pledged another allegiance to the constitution and laws of a second country, the first country of their citizenship should have taken a notice of their oath violation, not the second country. As an example, it has been reported that the former governor of California (U.S.A), Arnold Schwarzenegger, retained his dual citizenship of Austria and America while serving in office. Well, possibly, this matter of oath violation was (or is) between him and Austria, not between him and the U.S.A, though he might be perceived to be disloyal by ethical or law-abiding people who know the contents of the U.S. citizenship oath. Hence, it is advisable to follow principles, not people as examples who are often found to be wrong or misguided.

In an op-ed that I read, a defender of dual citizenship has asserted that people who staunchly support single citizenship only are zealots or patriots who seem to ask for a test or show of loyalty. But these days in this modernity, there is practically no such thing as a loyalty test, nor is it necessary to exhibit loyalty by wearing a nationality on forehead or carrying a flag or reciting an anthem. (These three seemingly sarcastic phrases were essentially said by the op-ed writer in a response to my comments on the op-ed). With regards to a country, loyalty which is an inner matter that has to do with sincerity (and fairness) is required solely for honoring the oath of citizenship so the country that relies on its citizens can be defended or supported in the time of a conflict or crisis. Also, labeling law-abiding or ethical people as single-citizenship zealots is uncalled for and unfair, frankly speaking. These people, as I mentioned above, seem to point out a violation of an allegiance oath on moral, ethical and/or legal grounds.

For a first citizenship, an oath of loyalty to a country is not necessary for a person who was naturally born on the land of the country of the citizenship (on the native land that figuratively gave birth to the person), just like it is not necessary for a person to take an oath of loyalty to the person’s natural mother or father. In both cases, the person is naturally expected to be loyal or obedient. On the contrary, in either case, a person would be a rebel to the mother or father if the person demonstrated disobedience, or a traitor to the country if the person demonstrated disloyalty.

In certain cases in Pakistan, when they were sworn in or they pledged an allegiance to the Pakistan Constitution and laws, the Pakistani officials with a dual nationality broke the other country’s oath of allegiance that they had taken previously, or these officials were being evasive in Pakistan. In other words, their swearing-in or pledge invalidated their prior allegiance to the constitution or laws of the other (adopted) country. So, these officials who still carry and use the passport of the adopted country are either disloyal to the adopted country or insincere to Pakistan; and as such, obviously, these officials are potentially traitors. Therefore, it is incorrect to say, “Dual nationals are not traitors.”

Additionally, certain naturalized citizens still literally associate themselves with their country of origin. For an example, Over 90% of naturalized American citizens originally from Pakistan still call themselves Pakistanis or “Overseas Pakistanis”, not Americans (but occasionally, they call themselves Pakistani-Americans for a personal or political expediency); and they consider themselves as pure Pakistani nationals with a desire or demand to participate in voting during elections in Pakistan; and surprisingly, the “Overseas Pakistanis” were (and are) allowed (to break their oath of allegiance to their adopted countries) by the Election Commission of Pakistan to cast their votes online, just like the Pakistani nationals in Pakistan. This, I am sorry to say, seems so strange (and unsettling), from my American perspective.

So, like the other naturalized American citizens originally from UK and Europe, the Pakistani-Americans who call themselves Pakistanis or “Overseas Pakistanis” must learn from their fellow Americans and integrate culturally and socially into the Mainstream American society and also give up the hyphenation and call themselves just Americans. In addition, they must be sincere and fair to America; and most importantly, they must honor the oath of the U.S, citizenship by being loyal to America and by having only one passport—the U.S. passport. No dual citizenship so as to stay true to the oath of allegiance. 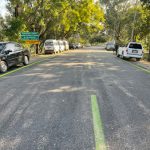