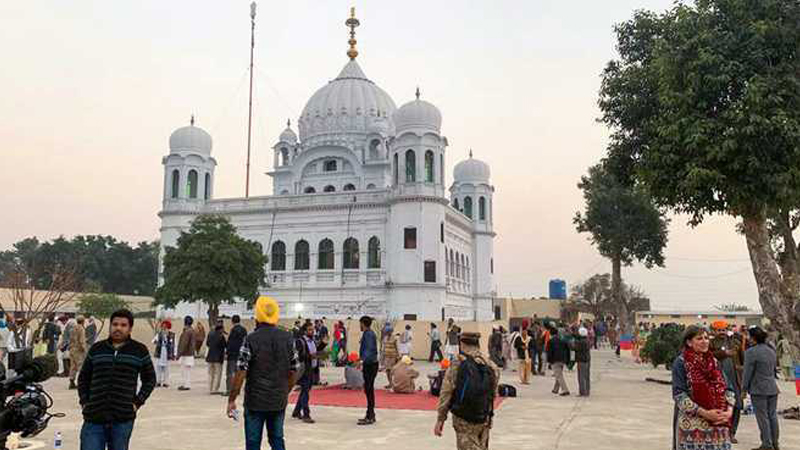 Pakistan has decided to reopen the Gurdwara Kartarpur Sahib Corridor, in the wake of an “overall improvement in the COVID-19 situation”.

According to a notification issued by the ministry of religious affairs on Friday, the reopening will take effect immediately.

Indian visitors are allowed to come daily from dawn to dusk as per the bilateral agreement made in 2019 between India and Pakistan. They have been requested to comply with the precautionary measures on COVID-19.

Local visitors will also be able to come from dawn to dusk every day, subject to the observance of COVID-19 safety protocols.

The first Guru of Sikhism, Baba Guru Nanak Sahib, had spent the last 18 years of his life in Kartarpur, a town located in Punjab province’s Narowal district.

Visits to Gurdwara Darbar Sahib in Kartarpur had been suspended for Sikh pilgrims in March by Pakistan as the country battled the coronavirus pandemic. It was reopened briefly in June to commemorate Maharaja Ranjit Singh’s death anniversary, with India rejecting Pakistan’s offer and refusing to open the corridor on its side.

For millions of Sikhs around the world, it is one of their holiest places. When Pakistan was carved out of colonial India at independence from Britain in 1947, Kartarpur ended up on the western side of the border – though most of the region’s Sikhs remained on the other side. For them, it is tantalisingly close – just four kilometres inside Pakistan, so near that Indian Sikhs have been known to stand on the other side and simply gaze across the divide at the site.

Decades of enmity between India and Pakistan left extreme restrictions on their ability to visit the site, until November 10, 2019, when Prime Minister Imran Khan formally inaugurated the corridor.