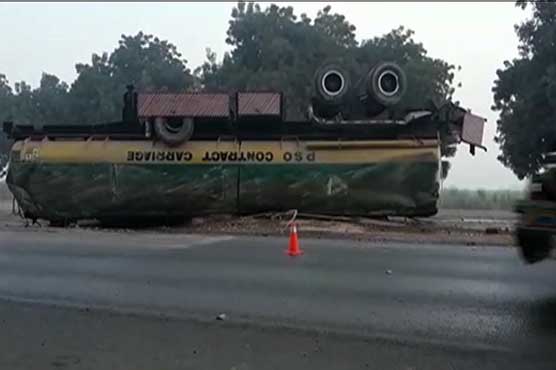 KOHAT: A tanker carrying 40,000 litres of petrol from Karachi overturned in Kohat, spilling all of it on the road.

Over 40 thousand litres oil was spilt while two including driver and a helper, were injured in the accident. Both injured were transferred to the Civil Hospital.

The police closed all routes leading to the site of the accident and launched the rescue operation. The injured driver and helper were shifted to hospital for treatment.

According to police officials, the accident took place when the driver dozed off.