Protest in Kashmir on Narendra Speech at UNGA 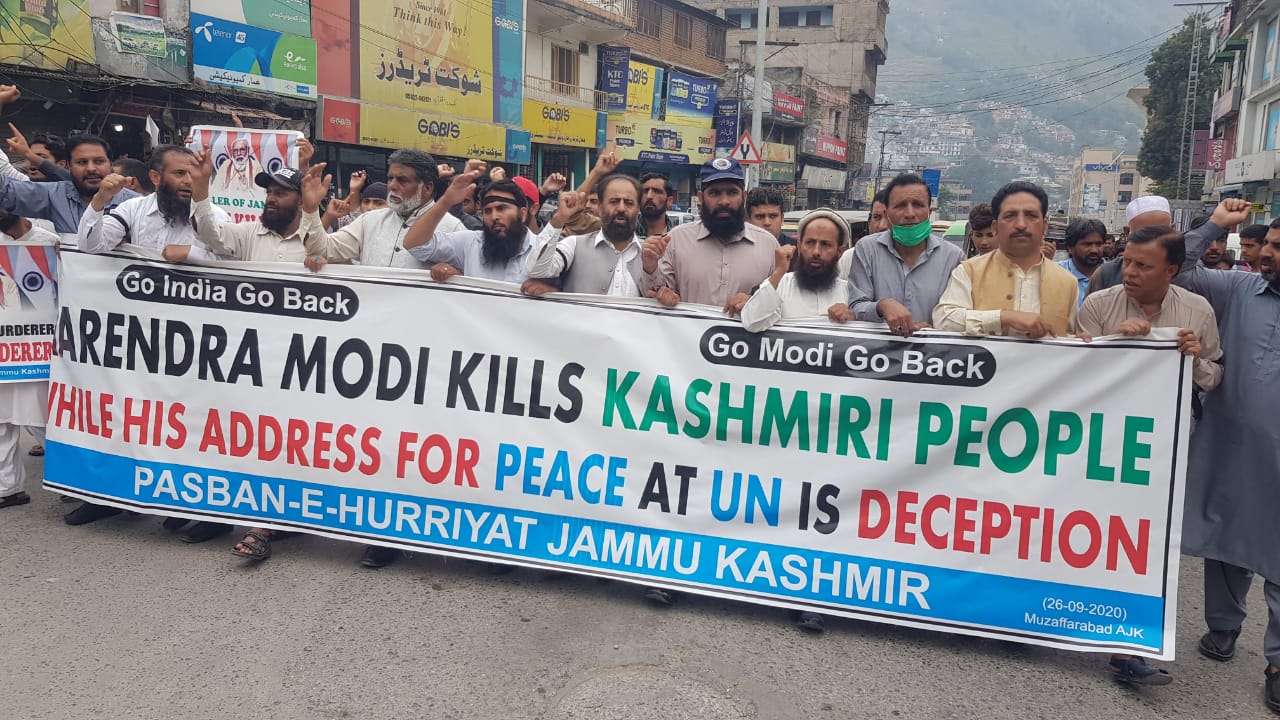 Large number of people gathered in the capital of Azad Jammu and Kashmir under the aegis of Pasban-e-Hurriyat Jammu Kashmir holding black flags and ribbons tied on their arms.

People lamented that the address of Muslims’ killer in UNGA is an “insult” to this prestigious organisation.

(Murderer Murderer Modi Murderer) was the main slogan of protestors.

While talking to media, they were of the view that RSS is killing elders, children and women in IOJK, “Modi is trying to hide his notorious acts by addressing UNGA while people in IOJK are suffering Indian atrocities” they added.

Speakers maintained that UNGA should not allow (Narendra Modi) killers of Muslims to address as this is a disgrace for humanity and all peace loving nations around the globe.

Protestants stated that the whole life of Narendra Modi have a record of inhuman acts including killings of Muslims in Gujrat.

Modi has violated the religious rights of Muslims in India and the damage made to Babri Mosque by RSS is the testimony in this regard.

People of Kashmir also supported the speech made by the Prime Minister Imran Khan, saying that Imran Khan supported the stance of Plebiscite in Jammu and Kashmir which is the legitimate right of people living in IOJK.