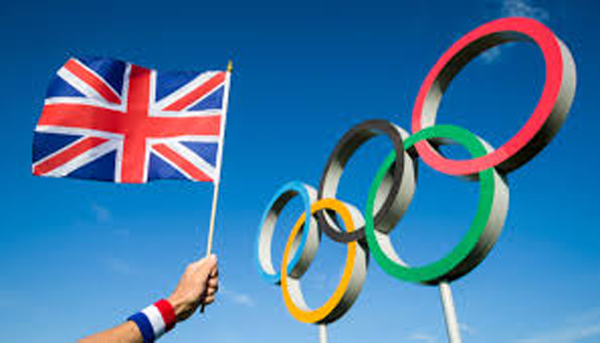 LONDON: More than 300 British Olympians have signed an open letter to Prime Minister Boris Johnson calling on the government to prioritise tackling environmental issues in the wake of the COVID-19 pandemic. Runner Mo Farah and former rower Steve Redgrave, who have a combined nine Olympic golds between them, were among the 310 past and present athletes to sign on behalf of the ‘Champions of the Earth’ movement. Johnson has pledged that Britain should lead the way in a ‘green recovery’ from the damage to the economy caused by the ongoing COVID-19 pandemic that forced this year’s Olympic Games in Tokyo to be delayed until 2021.

“We can sit timidly in the pack, pretending we have no role to play in the unfolding race. Or, like the athletes we would have watched this summer, we can race to win,” the letter said. “We urge the government to act consistently with the recognised need for “urgent action” by developing a truly Green approach to recovery from the pandemic.” The letter said the hosting of the COP27 summit and G7 presidency next year was an opportunity to take the lead in issues such as climate change and protecting habitats.

“The UK has a golden opportunity to show international leadership on the most important issue facing mankind.” The letter called on the government to bring a “new truth” to the words of Sebastian Coe’s speech at the closing ceremony of the London 2012 Olympics in which he said “One day we will tell our children and grandchildren that, when our time came, we did it right.” Amongst other athletes to sign the letter were former world champion distance runner Paula Radcliffe, double Olympic triathlon champion Alistair Brownlee, Beijing 400m winner Christine Ohuruogu and Britain’s fastest ever female sprinter Dina Asher-Smith. Champions for Earth was founded by London 2012 Olympic canoe slalom champion Etienne Stott.