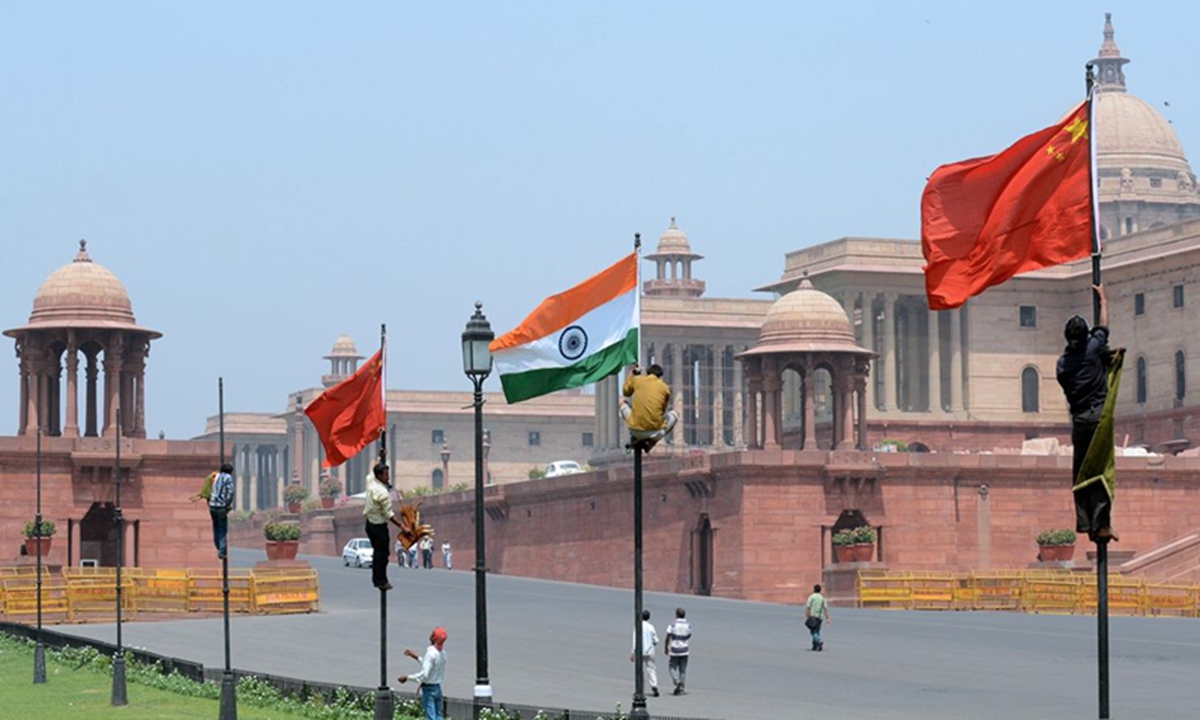 Chinese observers said Wednesday they remained cautiously optimistic about the latest development in border issues between China and India, as they believe the latest military talks have sent a positive signal, but the two sides still remain divided on many concrete issues and continue to prepare for possible military conflicts with logistical and troop build-up.

China and India agreed to stop sending more troops to the border frontline, refrain from unilaterally changing the situation on the ground, and avoid taking any action that may complicate the situation at the latest round of Military Commander-Level Meeting, Chinese National Defense Ministry spokesperson Wu Qian said on Tuesday, after a series of border clashes between the two countries since May, and escalating tensions in recent months.

On Monday, senior Chinese and Indian commanders held their sixth round of the Military Commander-Level Meeting, during which the two sides had candid and in-depth exchanges of views on stabilizing the situation along the LAC in the China-India border areas, Wu said.

The two sides also agreed to hold the 7th round of the Military Commander-Level Meeting as soon as possible, take practical measures to properly solve problems on the ground, and jointly safeguard peace and tranquility in the border area, Wu said.

Chinese Foreign Ministry spokesperson Wang Wenbin also said on Tuesday that China and India held the sixth round of corps commander-level talks on Monday, in which the two sides exchanged views on the current border situation, before agreeing to continue talking and discussing the issue.

Frequent high-level talks are a good sign, indicating the willingness of China and India to solve the current problems through dialogue, according to some observers, who remain cautiously optimistic for a major breakthrough during the new round of military talks.

Long Xingchun, president of the Chengdu Institute of World Affairs, told the Global Times Tuesday that this does not necessarily solve the long-standing border disputes between China and India, but marks a critical step to prevent the current situation from escalating.

The latest round of talks lasted long, and made more progress in terms of consensus than before, and is a positive signal to not escalate the situation, Qian Feng, director of the research department at the National Strategy Institute of Tsinghua University in Beijing, told the Global Times on Wednesday.

But the long talks also indicated it was still difficult to resolve all the problems, as both sides remain divided on many concrete issues, Qian said.

Many previous rounds of talks have involved military officers and diplomats at different levels since May and all released positive signals, but that did not stop new incidents in June, August and September from happening, observers noted.

Both sides are expected to prepare for two scenarios, and continue logistical and troop deployments behind the border, Qian said.

Chinese military analysts said that when winter comes, the Chinese military will widen the capability gap against the Indian military, thanks to its superior logistics support system, infrastructure and strategic positions.