JI to stay away from opp APC due to its vague agenda: Siraj 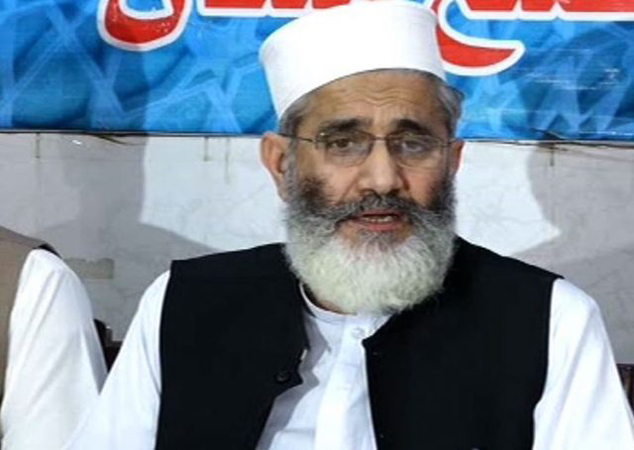 Ameer Jamaat-e-Islami (JI) Pakistan Senator Sirajul Haq has said that his party has opted to stay away from the all-parties conference (APC) of opposition parties because of its vague agenda.

Addressing a seminar organized in memory of Maulana Abdus Satar Niazi here on Saturday, he said that the JI could not sit with those who are equally responsible with the PTI for the destruction of the country.

Siraj expressed doubts the Sunday’s gathering would come forward with a clear and solid strategy to bring the country out of crises. However, he said, holding the APC was the right of the opposition parties and one could only hope it would made some positive impact on future politics. He said the opposition parties gathering today (Sunday) must present their program before the masses. He said the two major opposition parties backed the government proposed FATF related legislation in the National Assembly and the Senate despite knowing the fact that the laws would push the country in the permanent slavery of the international powers.

The PML-N and the PPP, he said, failed to play the role of real opposition and they hardly raised the issues pertaining to the plight of public in past two years. He said it had been proved that the three major parties were the sides of the same coin and representative of the class which had been ruling Pakistan for decades. These ruling elite, he said, had nothing to do with the quandary of the masses rather their all politics revolved around saving their personal and petty interests. He said the JI would never hesitate to be the part of joint opposition parties if they decided to challenge the government policy and raise genuine problems of the people.

Senator Siraj held the prime minister responsible for increase in crimes in Punjab. He said the prime minister imposed incapable team on the province which destroyed the already fragile sectors through worst governance. He said people of Pakistan were fed up now from the status quo parties and longed for the real change. He said a system based on the true principles of Islam was a way forward to put Pakistan on the path of development.

The JI leader said the enemies of Islam and Pakistan were conspiring to spread sectarian violence in the country. He said the religious scholars should play their role to intact the environment of peace and harmony in the country.