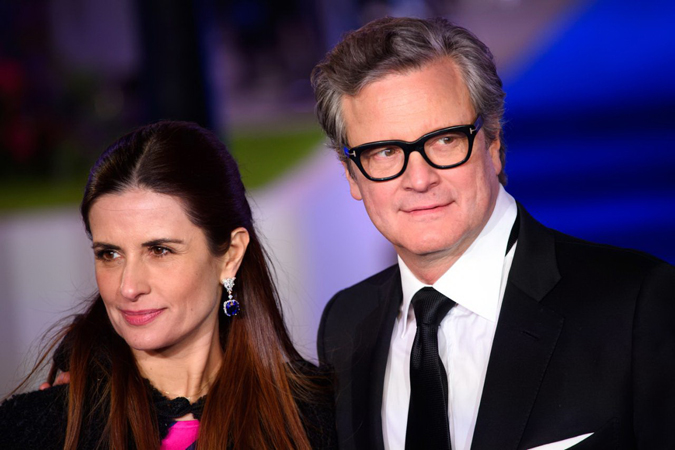 Colin Firth’s estranged wife gave fans a peek at the actor dressed up as Sir Elton John to mark his 60th birthday.

The heartthrob reached the milestone this week and to celebrate, Livia Giuggioli shared a picture of him in a brightly coloured feathery costume as she called him “the best partner in crime ever”.

She explained that Firth’s outfit actually belonged to the Rocketman singer. She wrote on Instagram: “60th and not feeling it.

“Happy birthday to the best partner in crime ever (for the last 25 years and counting).”

Giuggioli explained that the fun snap was taken “when Colin stole Elton John costume on the Kingsman set”.

Sir Elton played himself in 2017 film Kingsman: The Golden Circle.

Love Actually star Firth and Giuggioli tied the knot in 1997 after they met on the set of the 1996 BBC drama Nostromo, and have two sons together.

They announced their separation in December 2019, with publicists saying in a statement at the time: “Colin and Livia Firth have separated. They maintain a close friendship and remain united in their love for their children.”

The split came a year and a half after Italian film producer Giuggioli admitted to a relationship with a man she accused of stalking her.

She and Firth confirmed she had had a brief relationship when they were separated for a period, and claimed that the man, journalist Marco Brancaccia, had continued to harass Giuggioli after the romance ended.

Brancaccia denied the stalking claims, and told The Times: “We were romantically involved, she wanted to leave Colin for me. My ‘stalking’ consisted of two messages via WhatsApp after she ended our relationship in June 2016, and an email.”