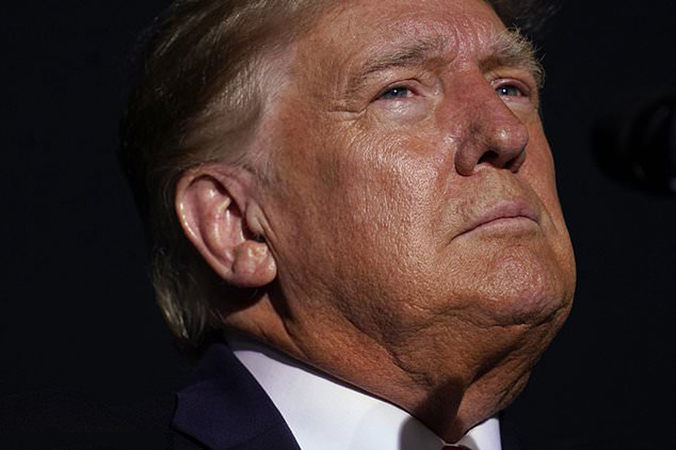 Pushing for new roads to reelection, President Donald Trump is going on the offense this weekend in Nevada, which hasn´t supported a Republican presidential candidate since 2004.

Trump is defying local authorities by holding public events Saturday and Sunday after officials blocked his initial plans for rallies in Reno and Las Vegas because they would have violated coronavirus health guidelines. It’s the kind of fight that Trump’s team relishes and underscores the growing importance of Nevada in Trump’s quest for 270 electoral votes as the race against Democrat Joe Biden looks tight in a number of pivotal states.

Trump narrowly lost Nevada in 2016 to Hillary Clinton, and the state has trended further toward the Democrats in the past decade. But Trump’s campaign has invested heavily in the state, relying on its ground game to turn out voters. Democrats, by contrast, have largely relied on virtual campaign efforts during the pandemic, save for the casino workers´ Culinary Union, which has sent workers door to door.

“The Democrats are scared. They know President Trump has the momentum,” said the state GOP chairman, Michael McDonald.

Both candidates have spent about $4.5 million in Nevada, while Trump has made $5.5 million in future reservations in the state and Biden has allocated $2.5 million, according to the ad tracking firm Kantar/CMAG.

The Trump team originally planned rallies at airport hangars in Reno and Las Vegas, but those were scuttled by due to concerns the campaign would not abide by COVID-19 restrictions. State Republicans blamed Democratic Gov. Steve Sisolak for trying to hurt the president´s reelection chances, even though the Reno rally was canceled by airport officials and Las Vegas airport officials said they were never contacted by the campaign.

Sisolak has limited in-person gatherings indoors and outdoors to 50 people since May, a recommendation based on White House reopening guidelines.

Instead, Trump scheduled an event in Minden, about 45 miles (72 kilometers) south of Reno, on Saturday night. He planned to host a “Latinos for Trump” roundtable Sunday morning in Las Vegas, followed by an evening rally at a manufacturing facility in neighboring Henderson.

Privately, the Trump campaign welcomed the fight, believing it highlighted a reelection theme: Trump’s insistence that the nation has turned the corner on the pandemic, while Democrats, including Biden and governors, are hurting the nation’s economy and psyche with stringent restrictions. The pandemic, which has killed more than 190,000 Americans, still claims 1,000 lives a day.

“The fact that Donald Trump is even considering holding these unsafe events in the midst of a global pandemic is just the latest example of his poor judgment and complete disregard for Nevadans´ public health and safety,” said Madison Mundy of the state Democratic Party.

The White House announced Saturday that Trump will visit California on Monday to receive a briefing on the devastating wildfires racing through the region. He has largely been silent on the blazes, which Oregon´s emergency management director said was a possible “mass fatality event.”

Some Democrats fear a possible Trump momentum gain in Nevada, with the president showing increasing support from Latinos and noncollege educated white voters, two important constituencies in the state.