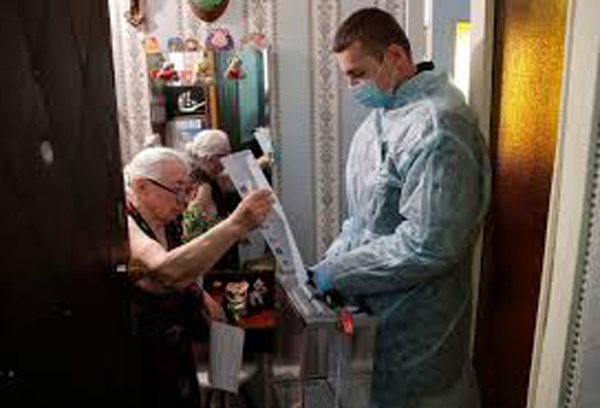 When Kremlin critic Alexei Navalny collapsed on a flight from the Siberian city of Tomsk last month, his allies, who had seen him healthy and full of energy just hours before, found it hard to get back to campaigning for this Sunday’s local election. But they rapidly found themselves receiving unexpected support in the vibrant student city of half a million from passersby asking after the outspoken opposition politician who Germany says was poisoned with a rare nerve agent. Two young activists who run Navalny’s local office were back on the streets the next day trying to convince residents to support them at the election for the local city council that is controlled by the pro-Kremlin ruling United Russia party. “It saved us because people were approaching us, voicing their support and asking about Alexei’s health,” said Andrei Fateev, 32, one of two Navalny allies running in the election. Navalny also has dozens of allies running for the city council in Siberia’s Novosibirsk, hoping to tap into frustrations with the ruling party after years of falling wages and a coronavirus lockdown that hit businesses.