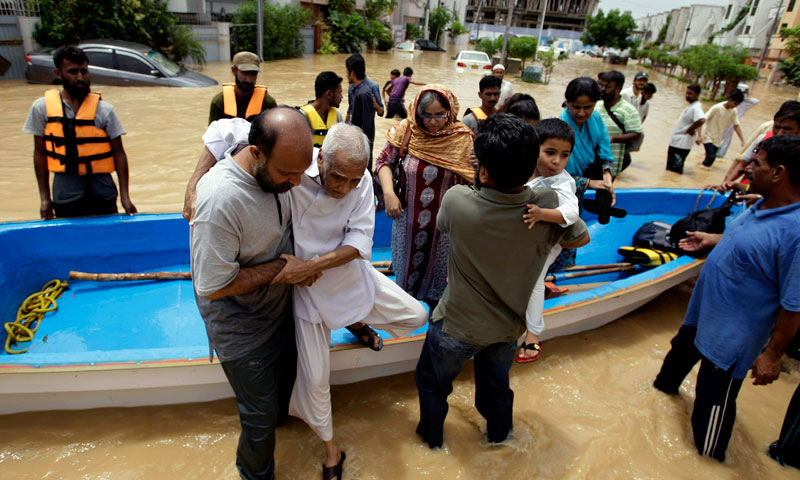 At least 219 people have died and 158 others injured across the country due to destruction caused by recent monsoon rains and urban flooding, according to the National Disaster Management Authority (NDMA).

According to the data, 91 people were killed in Khyber Pakhtunkhwa (K-P), 84 in Sindh, 19 in Balochistan, 16 in Punjab and 10 in Azad Jammu and Kashmir (AJK) as a result of rains and floods since June 15 whereas in Gilgit-Baltistan, 11 people were killed.

On September 3, the Provincial Disaster Management Authority (PDMA) reported that at least 23 people have died, and 34 sustained injuries following heavy monsoon rains in KP. Recent spells of monsoon rains also caused death and destruction in many areas of Sindh, including Karachi.

Meanwhile, the National Command and Operation Center (NCOC) on Saturday paid rich tribute to the COVID martyrs, with regards to Martyrs Day, who rendered the sacrifices of their lives during the outbreak of coronavirus and resolved to provide every sacrifice to defeat the pandemic. The forum paid homage to the healthcare workers, law enforcement agencies’ professionals and workers of various departments who breath their last serving the Coronavirus affected patients. It made special prayers for the martyrs and resolved to bring all out resources for coping with the pandemic and ensuring protection of the masses from the fatal virus. It added that no restrain would be made from making any sort of sacrifice both in men and material to overcome the COVID-19 contagion.

The forum also discussed arrangements and preparations made for opening up of schools particularly the media awareness campaign and education messages prepared. It was also briefed over ramp up of testing capacity in different regions. It was also informed that all decisions with regards to opening of schools and other educational institutions would be finalized on September 7 after stakeholder consultation and consensus. The forum also reviewed the EPI Curve Chart data.