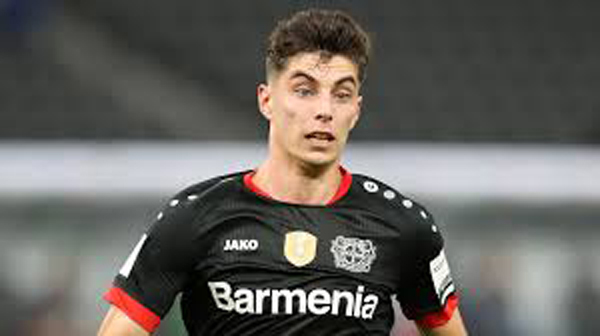 STUTTGART: Bayer Leverkusen forward Kai Havertz left the Germany national team training camp on Friday to try to complete his transfer to Chelsea. Leverkusen sports director Rudi Voeller said Havertz is traveling to London “so that Kai can now sort things out on the ground in London with our support.” Germany coach Joachim Löw said he expected Havertz to sign for Chelsea soon. “We knew that now, today or tomorrow, the final details were meant to be sorted out in his contract with Chelsea,” Löw said in a video on the German soccer federation website, adding that Havertz “definitely wants to take this step.” Havertz was an unused substitute when Germany played a 1-1 draw with Spain on Thursday in the Nations League. Löw said he was aware of risking the transfer if Havertz played and was injured. The signing of Havertz would likely complete an overhaul by Chelsea that has also seen striker Timo Werner, winger Hakim Ziyech, center back Thiago Silva and left back Ben Chilwell move to the English club. Havertz last played for Leverkusen in the quarterfinals of the Europa League on Aug. 10, scoring in a 2-1 loss to Inter Milan. Leverkusen coach Peter Bosz has said he doesn’t expect to have Havertz available for the new season.