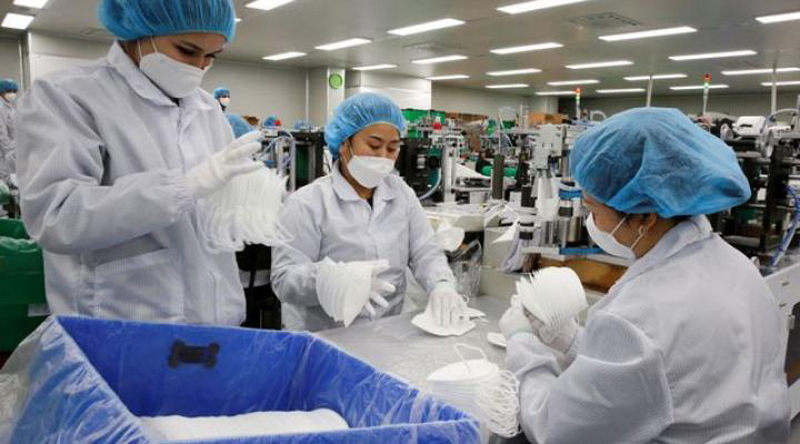 South Korean exports fell for a sixth straight month in August, mainly due to fewer working days, but global demand is starting to pick up thanks to easing lockdown measures in key trading partners.

Outbound shipments tumbled 9.9% in August from a year earlier, government data showed, faster than July’s 7.1% fall but slower than an 11.5% decline tipped in a Reuters survey.

South Korea is the first major exporting economy to report monthly trade data, providing an early guide to the health of global shipments.

“Exports will continue to recover during the second half and turn positive next year,” said Chun Kyu-yeon, economist at Hana Financial Investment.

“Global demand are clearly showing recovery along with economic resumptions,” she added.

Per-day exports to China, South Korea’s biggest trading partner, rose 3.6% year-on-year, while those to the United States and the European Union also jumped 6.4% and 4.1%, respectively.

Exports to China, South Korea’s biggest trading partner, fell 3.0% from a year earlier, but rose 3.6% on a per working day basis. Per-day exports to the United States and the European Union also jumped 6.4% and 4.1%, respectively.

Overseas sales of semiconductors, the nation’s top exporting item, climbed 2.8%, while those of computers and home appliances surged 106.6% and 14.9%, respectively.

That may dampen the recovery momentum in the economy that already slipped into recession in the second quarter, despite some 277 trillion won ($233.40 billion) of stimulus.

“If the social distancing rules are raised to the (toughest) phase 3, leading to factory suspension or disruption in output, that could probably affect exports,” Chun said.

Measures imposed in South Korea to blunt a surge in coronavirus cases will hurt Asia’s fourth-biggest economy, the government warned on Tuesday, after unprecedented restrictions went into effect in Seoul and surrounding areas.

South Korea’s economy shrunk by a seasonally adjusted 3.2% in the April-June period from the previous quarter, revised central bank data showed, the sharpest contraction since the final quarter of 2008. South Korean exports fell for a sixth straight month in August.

The government unveiled plans to increase spending aggressively for the next few years and said it was prepared to boost policy support should the rate of infection worsen significantly.

“(Some) downturns are inevitable in the real economy due to the tightened preventive measures,” Vice Finance Minister Kim Yong-beam said at a policy meeting.

In an unprecedented move for South Korea, the government on Friday restricted the operation of restaurants, coffee shops and so-called cram schools in the greater Seoul area. Churches, nightclubs and most public schools had already been ordered to close.

The Korea Centers for Disease Control and Prevention reported 235 new coronavirus cases as of midnight Monday, bringing the country’s total to 20,182 cases and 324 deaths.

Daily cases have dropped slightly for five straight days, although they have remained in the low-hundreds for nearly three weeks as a second wave of infections sweeps through densely populated Seoul and spreads around the country.

To counter a slump in exports and the retail sector, the government said it planned to boost spending on welfare and jobs by 10.7%, and allocate 11.9% more on social infrastructure projects.

The central bank kept interest rates steady on Thursday, but sharply downgraded its 2020 growth outlook. The Bank of Korea said gross domestic product would likely shrink 1.3% in 2020 – the biggest contraction in more than two decades – from a previous forecast for a 0.2% decline. In the latest blow to economic activity, a minor league baseball pitcher tested positive for the coronavirus on Monday, casting doubt on the rest of the sport’s season, Yonhap news agency reported.