Muhammad Naeem, principal of the Government Technical Training Institute (TEVTA), has been suspended on charges of financial corruption. 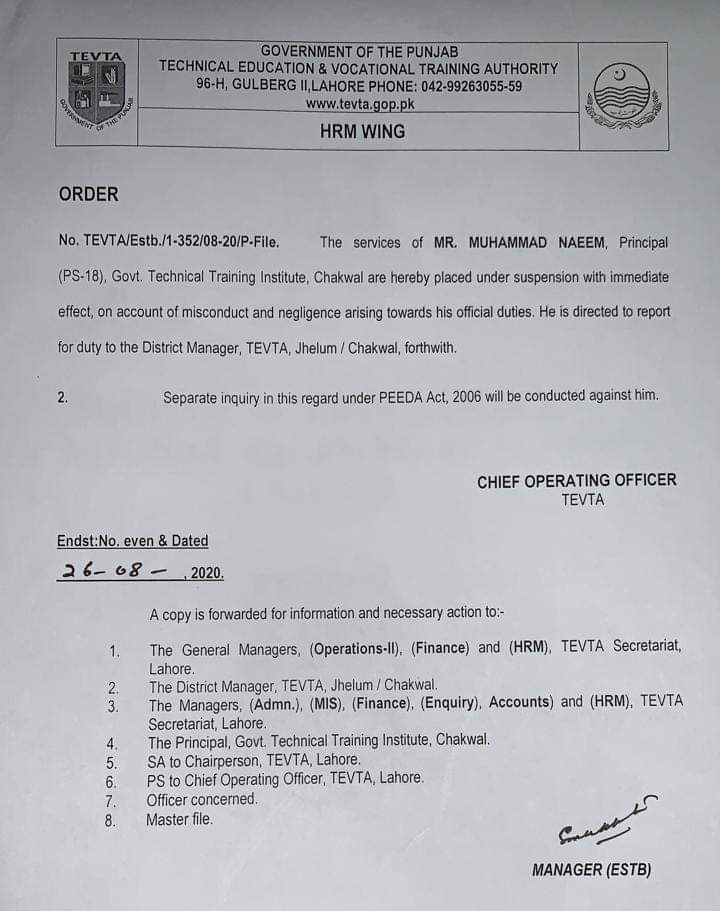 Muhammad Naeem has been serving at the Government Technical Institute, Chakwal for many years.

He is accused of keeping 11-year-old Daniel in the Institution as a scavenger for Rs 2,200 a month and receiving the fake scavenger’s salary himself.

With the connivance of suspended principal Naeem, a female employee of the Government Vocational Institute,S. Gul and the staff of a private bank, a fraud of Rs 4.3 million has been exposed, which is under investigation.

Mohammad Naeem is also accused of nepotism, corruption, financial irregularities and taking bribes from students appearing in technical board exams, including ghost students and bogus payments.