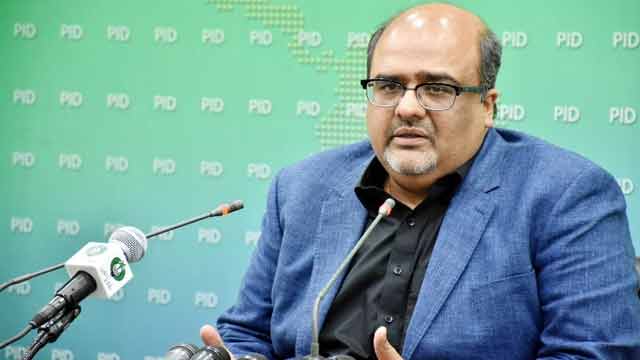 The Islamabad High Court (IHC) on Wednesday disposed of a plea seeking removal of Advisor to Prime Minister on Accountability and Interior Shahzad Akbar.

“No material was presented on the record that Shahzad Akbar was interfering in the affairs of National Accountability Bureau (NAB),” a nine-page written judgment announced by IHC Chief Justice Athar Minallah said. “There is nothing on record that the rights of the petitioner are being affected by any action of Shahzad Akbar,” it added.

The verdict upheld that the prime minister may send a request to appoint five advisers to the president. “The appointment of an advisor under Article 93 is at the discretion of the prime minister,” the judgment maintained. “No explanation was given regarding the qualification criteria of the advisor,” it added.

Declaring the petition to remove Akbar as PM’s aid inadmissible, the court remarked that the matter of Akbar being the chairman of the Assets Recovery Unit (ARU) cannot be looked into as a detailed verdict of the Supreme Court is awaited. However, the IHC barred Akbar from interfering in the operations of NAB or the Federal Investigation Agency (FIA) as an adviser. “The adviser has no authority to issue any direct or indirect directions to the NAB,” the court remarked. “The adviser also has no authority to directly or indirectly interfere with the FIA’s authority. Any interference in the NAB or FIA will fall into the category of misuse of the advisor’s office,” it maintained. “Under Rule 55/4, ministers, secretaries or nominated officers may act as official spokespersons of the government,” the court added.